All the executives that feature in the pages of this magazine have earned their place through hard work, dedication, and a huge dose of the X Factor. That said, you’d be hard pressed to meet anyone with more personality, drive and passion for service than Jacqui Rock. Officially designated Chief Commercial Officer for NHS Test & Trace for the UK Government, she is simply the person you turn to in an hour of need. Someone who Gets Stuff Done. Just the person, in fact, to help the UK in its fight against COVID-19. This sense of duty is something that has stayed with Jacqui throughout her distinguished career.

“I would work all day on the trading floor then go out and put on a police uniform,” recalls Jacqui. “I have always felt a strong desire to give something back and make a difference. We write our legacy every day and, in the words of Heather Small, ‘what have you done today to make you feel proud?’.”

Jacqui worked for 30 years in the Financial Services industry where she held multiple executive positions with the likes of Credit Suisse, JP Morgan, Barclays and Bank of America Merrill Lynch.

She then followed her calling and joined the Ministry of Defence as director for the Defence Infrastructure organisation – where she was responsible for £4 billion annual investment across the whole military estate for the Army, Navy, Royal Air Force and Joint Forces Command.

“When the call went out across Government for a chief commercial officer, I felt compelled to stand up and be part of the solution,” says Jacqui. “I have never been a good observer, always wanting to be in the thick of it, and this was the most challenging situation our country and the world has faced for decades.”

NHS (National Health Service) Test & Trace was established in May 2020 as a government-funded service in England, in response to the crisis to track and help prevent the spread of COVID-19. NHS Test & Trace forms a central part of the country’s recovery strategy, which seeks to return life to as close to normal as possible, for as many people as possible, in a way that is safe and protects the NHS and social care.

“In July 2020, we set out the plan for NHS Test & Trace to take us through summer and into winter,” says Jacqui. “When the Test & Trace service began, we were still learning about the virus. We did not fully know how prevalent COVID-19 was, or the number of people who had the virus but did not display symptoms.

“To help stop the virus, we stood up an integrated system at extraordinary speed so we could test at scale and trace the contacts of people who tested positive to advise them to self-isolate. We also created the Joint Biosecurity Centre which, with public health England, the Office for National Statistics and analysts from across government and academia, has deepened our understanding of the progress of the virus, allowing us to intervene early and with evidence.”

As with any effort of this scale, it was essential that the UK Government drew on both public and private sector expertise and experience to try to deliver an app that would meet the unprecedented needs of the pandemic response.

The NHS COVID-19 app was launched in September 2020 and is currently the second most downloaded exposure notification app in the world.

“This was made possible by working in partnership with others,” says Jacqui. “We were striving to be ‘teams of teams’ made up of local authorities and Directors of Public Health, the NHS, Public Health England, public, private and not-for-profit sector partners and the devolved administrations [the Scottish Government, Welsh Government, Northern Ireland Executive]. It is thanks to them that as a country, we have made such unprecedented strides in developing our testing and contact tracing capacity and systems.”

The stats are staggering. By May 2021, the first anniversary of NHS Test & Trace being established, it had achieved:

Many of those 180 million tests were conducted at 1,200 test sites. Within two weeks, 14,000 staff were hired to establish contact tracing – the largest call centre in UK history. Lighthouse Labs across the UK now process more than 2 million tests per day.

With the world clamouring for solutions to combat COVID-19, and an ever-changing, uncertain landscape, the procurement and commercial challenges Jacqui and her team faced were immense.

They had to establish effective commercial support, a robust commercial function and a sustainable Commercial Operating Model in a matter of weeks. Flexible contracting and speed of commercial delivery was vital to support an emergency response organisation and enable protection of public health.

“I found myself managing the most complex delivery challenge across government,” recalls Jacqui. “We created a new organisation without systems infrastructure and domain experience to deliver at scale which procured more than 1,000 contracts across 600 suppliers in three months – and all of this was done remotely as it was during lockdown.

“We created a volatile demand with a short window of confidence where we faced supplier resistance to deliver without committed growth. I could write a book on the procurement and commercial challenges, but we stayed focused on the mission and executing the appropriate government commercial governance to deliver a service that is compliant and auditable.”

Like so many responses to the pandemic, NHS Test & Trace was reliant on digital solutions beyond the development of a user-friendly app. From the supply chain solutions that manage the provision of tests to the lab systems that manage the analysis, to the test digital reporting systems, contact tracing systems and data analytics platforms – all underpinned by cloud platforms.

However, it is the app, Jacqui believes, that made the most significant contribution and demonstrated the power of digital.

“We used a modern, 21st-century solution to connect with a modern public in a way that resonated and was easy for all to use,” she says. “At its peak, the digital solutions were processing 300 test results per second.

“We worked closely with Google and Apple, scientists within the Alan Turing Institute and Oxford University, medical experts, privacy groups, at-risk communities, and teams in countries across the world to bring a state-of-the-art testing and contact tracing product to market that is safe, simple to use, and secure.

“We will continue to work closely with academia and the science industry across the world. This was a global pandemic and needed a global response.”

It’s fair to say that when Jacqui began her role in NHS Test & Trace, it was a crisis response unit. There was no end-to-end process, no operating model and no team. They started from scratch and had to scale activities to contain the virus and then test the entire UK population. This already pressurised situation was magnified by constant pressure and scrutiny.

“We have been under relentless scrutiny from the media, audit committees and legal challenges,” says Jacqui, “but we knew that what we were delivering was the roadmap out of lockdown and we were saving lives.

“I am immensely proud of the work and achievement of Test & Trace and being part of the COVID response team. We often remind each other when it gets tough that this is something you can be proud of for life. 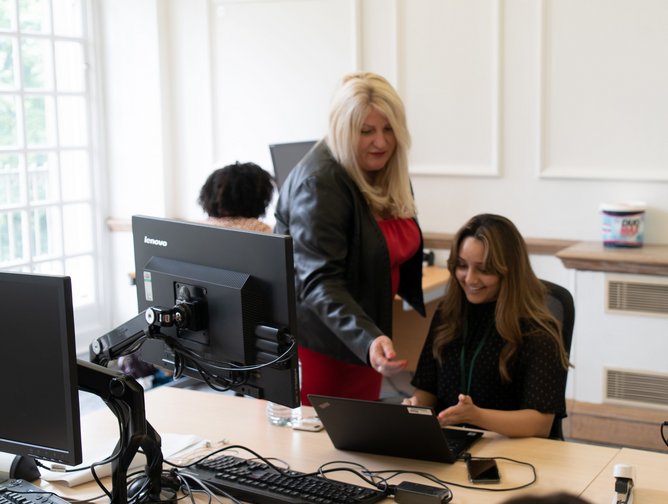 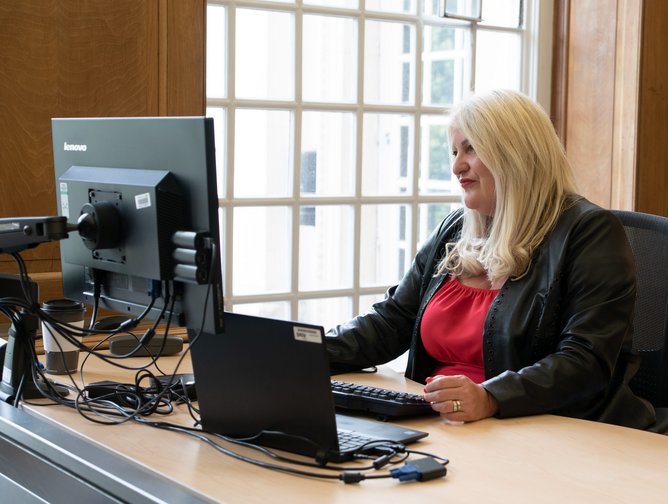 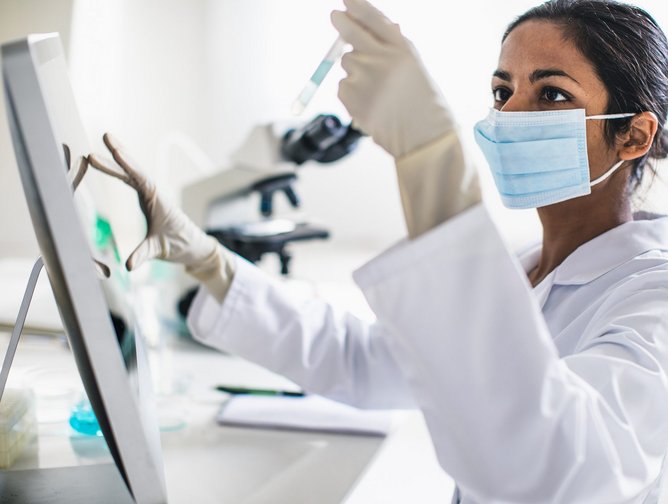