5 of Europe’s 10 most congested cities are in Russia 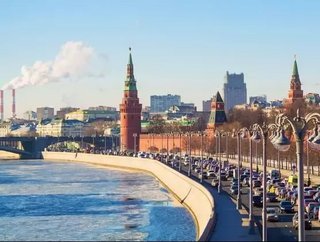 Russian cities are the worst in Europe when it comes to spending time in traffic jams, with motorists in Moscow spending more than 25 percent of their journeys stuck in congestion.

INRIX today published its new Traffic Scorecard. Based on a new methodology, the analysis has increased to 1,064 cities across 38 countries, making this the largest ever study of congestion.

Of the 628 European cities analysed, Moscow topped the list as the most congested in Europe, where drivers spent 91 hours last year in traffic congestion at peak hours. London (73 hours) is second in the list of Europe’s most congested cities, followed by Paris (65 hours), Istanbul, (59 hours) with Krasnodar (56 hours) in Russia rounding out the top five. Manchester, the UK’s second most congested city ranked 18th.

At the global city level, Los Angeles tops the list of the world’s most gridlock cities, with drivers spending on average 104 peak hours in congestion in 2016, followed by Moscow (91 hours), New York (89 hours), San Francisco (83 hours) and Bogota (80 hours). London ranked 7th out of the 1,064 cities analysed, after Sao Paulo at 6th where drivers spent 77 peak hours in congestion last year.

The worst European cities are as follows:

INRIX analysed 500 Terabytes of data from 300 million different sources covering over five million miles of road. The data used in the 2016 Traffic Scorecard is the congested or uncongested status of every segment of road for every minute of the day, as used by millions of drivers around the world that rely on INRIX-based traffic services.