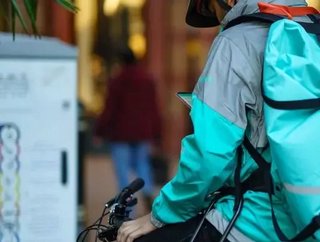 The Competitions and Markets Authority (CMA) of the UK approved Amazon’s acquisition of a 16% stake in Deliveroo on Tuesday...

Following advice that Deliveroo could potentially be run out of business back in April this year, the CMA gave the Amazon acquisition provisional clearance. The impact of the COVID-19 pandemic caused the struggles for Deliveroo, stating that it needed Amazon investment to remain in the market. However, criticism from Deliveroo’s competitors, Just Eat Takeaway and Domino’s Pizza led to further examination of the potential deal, with a renewed focus on competition.

The CMA originally feared that consumer choice would be reduced by the acquisition, part of a funding round worth $575mn to Deliveroo. Concerns were also raised around the significant cash injection, with the potential for such a boost to make it difficult for market newcomers to compete with the services that Amazon and Deliveroo can provide.

The hospitality industry has taken a number of hefty blows since the coronavirus locked down most of the world. Restaurants and cafes have been turning to food delivery apps, such as Deliveroo and Just Eat, just to survive, with a number of businesses also running their own delivery options or takeaway services.

However, early stages of the pandemic caused businesses around the world to completely close their doors, meaning these delivery service providers had no business whatsoever. This caused the initial struggle for Deliveroo that almost saw the business go under. The recovery phases of the pandemic response led to Deliveroo no longer being at risk when the CMA investigated it again in June, but the deal was approved regardless, with no concerns that it would reduce competition in the country.

In a press statement made on Tuesday, the regulatory body said "The CMA's assessment has focused on how a 16% shareholding held by Amazon would affect its incentives to compete independently with Deliveroo in both restaurant delivery and online convenience grocery delivery in the coming years.

"The CMA ultimately found that this level of investment will not substantially lessen competition in either market."

Stuart McIntosh, the chair of the inquiry of the CMA, spoke about the money involved in the deal, and whether or not it would directly affect the company’s incentives to compete independently with Deliveroo in online convenience grocery deliveries and restaurant deliveries in the next few years.

"Today's final decision is the result of a thorough examination of this deal and the markets in which Amazon and Deliveroo operate," continued McIntosh in the press release made on Tuesday.