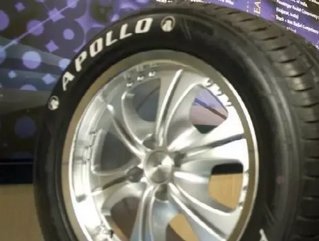 Apollo Tyres is to further increase its European footprint with a €500m investment into a green field plant in eastern Europe to manufacture tyres for car and heavy commercial vehicles.

The facility, the location of which is as yet undecided, is expected to be operational in 2018, will have an annual output of 5.5 million passenger car tyres and 6.75 lakh heavy commercial vehicle tyres.

Apollo Vice-chairman and Managing Director, Neeraj Kanwar, noted the company’s already-strong sales growth in Europe, and said: "The plant will cater to both aftermarket and OEM segments. We are currently negotiating with various East European countries. We have also started an R&D centre for passenger cars in Europe."

India-based Apollo opened an R&D centre for passenger car and SUV tyres in the Netherlands in 2013, as part of its goal to become a $6 billion tyre company by 2016. The company has another such facility in Chennai, India, which focuses on commercial vehicle tyres.

The latter is to receive an Rs 1,500 crore investment to increase its capacity by a third from 6,000 to 9,000 truck radial tyres a day, with the company aiming to diversify its offering away from a shrinking conventional tyre market. Another of its Indian plants, at Kalamassery, near Kochi, is to receive an Rs500 crore injection to boost production of off-highway tyres.

These investments will be made over a three-year period.

Apollo reported revenues of Rs 13,310 crore during the fiscal 2014, with 27.9 percent of the total coming from Europe, 62.6 percent from India and 9.5 percent from South Africa.