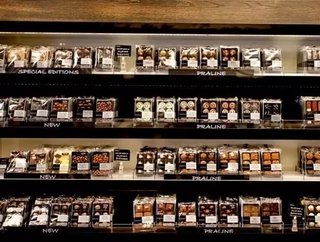 Luxury chocolatier and retailer Hotel Chocolat has recorded a massive increase in profits for the year period to June 26 2016.

Revenues increase from £81 million in the preceding year to June 28 2015 to £91 million, with profits jumping from £2.9 million to £5.6 million, an increase of 91 percent. Major growth areas came via the opening of seven new retail outlets and a big push of online sales, which rose by 20 percent.

But what is behind the growth and marked improvement in fortunes? The company puts it down to the growing popularity of what it describes as ‘hedonistic’ chocolate, which in simple terms is chocolate made with higher cocoa content and less sugar, offering a more luxurious taste.

Angus Thirlswell, co-founder and chief executive, said: "I am very pleased with our performance since we were admitted to trading on AIM in May this year. Our results are strong, the Hotel Chocolat brand has continued to strengthen and we have made good progress with our three strategic priorities of investing further in our British chocolate manufacturing operations, growing our store estate and developing our digital offering."

“Our plans for the peak winter season are well set and I am confident that our Christmas ranges will be our best ever, as customers continue to appreciate our “more cocoa, less sugar” approach throughout all our categories. I look forward to further progress in the year ahead.”

Hotel Chocolat was established in 1993 and now has 81 stores along with restaurants in London and Leeds and even a hotel in St Lucia. Its manufacturing base is in Huntingdon while HQ is housed in Royston. Since revealing the results the company has opened stores in Worcester Peterborough and Chelmsford, with a further five leases signed elsewhere.

Dark chocolate is commonly cited as having many health benefits. These include nutritional boosts such as fibre, iron and magnesium, as well as a boost in antioxidants. There are also studies showing it helps to reduce blood pressure, protects you from the sun and lowers the risk of cardiovascular disease.