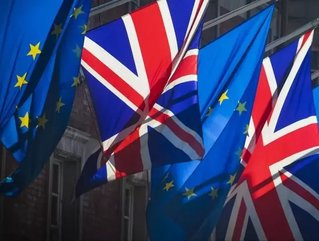 British companies' fears about the country's exit from the European Union are easing, according to research from Deloitte.

A survey of Chief Financial Officers from some of the United Kingdom's biggest businesses showed that uncertainty levels have dropped, with optimism on the rise.

Cynicism among business leaders dropped to a new low following June's general election but now 60% of CFOs feel the business environment will be worse off post-Brexit, compared to 72% in the previous quarter.

"Just under two-thirds of CFOs expecting an adverse effect on the business environment, down from nearly three-quarters in Q2."

The overarching feeling towards the country's exit remains negative, however, with the CFOs admitting that Brexit remains at the top of their list of concerns with regards to the future of their businesses.

"CFOs continue to see Brexit as being the top risk facing business," added Sproul. "It is critical that progress is achieved soon in the negotiations between the UK and the EU to provide more certainty to business and to deliver a real boost to corporate spirits and plans."

Over 100 CFOs from FTSE 350 and large private companies were involved in the survey, with their market capitalisation adding up to £416bn.