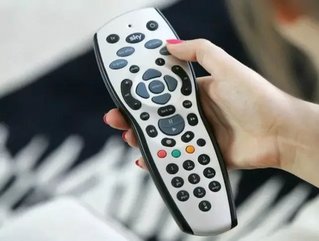 Britain's BSkyB will pay around £4.9 billion to take over Rupert Murdoch's pay-TV companies in Germany and Italy.

BSkyB, in the deal with Murdoch's 21st Century Fox, will pay £2.45 billion for Sky Italia and £2.9 billion for Fox's 57 percent stake in Sky Deutschland, creating what it called a “world-class multinational pay TV business.”

The move was announced alongside the company's annual results, which showed pre-tax profits fell to £1.2bn from last year's £1.26bn. Revenues rose by seven percent. Over the last five years, BSkyB has more than doubled its paid-for subscription product base and increased revenues by 43 percent.

The Sky Deutschland deal will be paid in cash, while that for Sky Italia will be £2.07 billion in cash with the remainder satisfied through the transfer of BSkyB's 21 percent stake in National Geographic Channel International to 21st Century Fox for £382 million.

BSkyB expects the merger to deliver £200m a year in synergies, made from savings in IT and procurement, and also potential job cuts, although no announcement was made on the latter.

BSkyB Chief Executive, Jeremy Darroch, said: "This transaction will create a world-class, multinational pay TV business with enhanced headroom for growth and immediate benefits of scale. The three Sky businesses are leaders in their home markets and will be even stronger together. By creating the new Sky, we will be able to use our collective strengths and expertise to serve customers better, grow faster and enhance returns.”

The company hopes with the move to gain access to less developed pay-TV and broadband markets, as its UK subscription business has reached saturation.

It is believed Murdoch’s intention with these sales is to free up cash to fund 21st Century Fox’s purchase of media giant Time Warner.