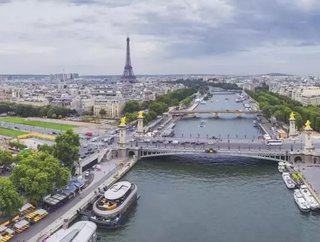 Business Chief takes a look at what the future holds for Paris as a continental tourism hotspot and business hub. Read February's edition of our magazine here.

Bouncing back as a tourist hotspot
After the Paris terror attacks in November 2015, the French economy was directly hit by a major drop is tourism numbers to the French capital, with the decline taking 0.2 percentage points off the country's economic growth in 2016.

The total number of tourists visiting Paris in 2016 fell by 1.5mn, but the number increased by 10% in the first half of the year after a concerted attempt by local authorities to reduce fears and attract visitors back to the city.

The mayor's office offered discounts for tourists and developed a plan to reduce the waiting time at key attractions as well as promoting some of the city’s less salubrious neighbourhoods and districts.

Frédéric Valletoux, President of the regional tourism board, says that the drive must continue to ensure that the rise continues this year.

"These efforts will continue in order to strengthen our competitiveness and make the destination more welcoming, cleaner and safer. It took three years for New York to bounce back after the September 11th attacks, for Madrid it was a year and for Paris also a year.

“The international situation remains turbulent, and terrorism a daily threat.”

Labour reforms
French president Emmanuel Macron is bringing in controversial new labour laws which will give employees more freedom to hire and fire workers, but those will be counter-balanced by expanded unemployment benefits for workers and revamped training programs, similar to what is seen in Scandinavian societies. The proposed overhaul of unemployment benefits will tighten conditions for the subsidies though.

“We need to adapt France to globalisation while still being French,” says Antoine Foucher, Chief of Staff to the French Labour Minister.

“In the short term, it will actually make it easier to destroy jobs,” Eric Heyer, an economist at the SciencesPo university in Paris, told the New York Times. “A lot of businesses have too many people”.

Another move by the Macron administration has been to majorly reduce a “wealth tax” which it says has driven vast numbers of millionaires out of the country.

But Alexandre Derigny, a spokesman for a group of trade unions, says that’s not true. “The idea that companies won’t settle in France because of high taxes is a false argument, that they tell us to pass policies that are difficult to justify in the eyes of the population,” he says.

Despite many dissenting voices and widespread protests in Paris about the reforms a few months ago, Macron confirmed in a speech at the turn of the year, that he will not be stopped in forcing his reforms through in 2018.

“I will ensure all voices, including contrary ones, are heard. But all the same, I will not stop acting,” insists the President.

Could Brexit see a major influx of new companies into Paris?
The impending departure of the United Kingdom from the European Union has led vast numbers of companies looking to relocate and consider Paris as their new base.
Eight of the world’s top 100 companies including oil giant Total, insurance specialist AXA and the BNP Paribas bank are currently based in the French capital and a good few more could be set to follow given the city’s proximity to London.

Marie-Célie Guillaume is Chief Executive of Defacto, which manages Paris’s La Défense business district, the largest of its type in Europe, and she has been at the centre of attempts to try and lure companies across the water.

“The uncertainty opened up by the Brexit vote is growing even bigger today,” she says, speaking to The Guardian. “We have no clarification of the full timeframe or the conditions of Brexit, and if there’s one thing companies hate, it’s uncertainty.”

The striking business district is ready to accommodate the potential influx with hundreds of thousands of square metres of fairly cheap office space for any company that might decide to relocate staff from London, and Guillaume is hopeful that it will provide a real boost to the French capital.

For her though, it’s not just about encouraging companies currently based in the UK capital to move to Paris – she also is looking to companies further afield which may be looking to establish a European base.

It is expected that Paris will mainly be in competition with Frankfurt, home of the European Central Bank for prospective business.

“Our target is not just companies that are currently in London,” Guillaume adds. “Until now Asian firms setting up in Europe immediately chose London without a moment’s thought. Now it’s clear that they are hesitating between Germany and France.”

It seems that Paris is seizing the moment, supplemented by the Macron administration’s business-friendly reforms.

Goldman Sachs’ Chief Executive, Lloyd Blankfein, praised the city on social media at the end of last year, saying he was “struck by the positive energy here in Paris. Strong government and business leaders are committed to economic reform and are well through the first steps.”

As plans for Brexit become more defined, so will the expectations of how much Paris will benefit from the highly anticipated exodus of companies from the UK.