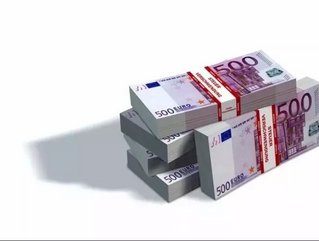 Collectors of €500 notes will be disappointed to hear that the its production and issuance has now ceased.

The Governing Council of the European Central Bank (ECB) concluded a review of the denominational structure of the Europa series, deciding to permanently stop producing the €500 banknote and to exclude it from the Europa series. A major factor in its decision was the danger that the banknote led and leads to illicit activities.

In view of the international role of the euro and the widespread trust in its banknotes, the €500 will remain legal tender and can therefore continue to be used as a means of payment and store of value. The Eurosystem, which comprises the ECB and the euro area national central banks, will take steps to ensure that the remaining denominations are available in sufficient quantities.

The €500 banknote, like the other denominations of euro banknotes, will always retain its value and can be exchanged at the national central banks of the Eurosystem for an unlimited period of time.

The Europa series is the second series of euro banknotes, which is being introduced gradually, starting with the €5 in 2013 and followed by the €10 and €20 in 2014 and 2015, respectively.