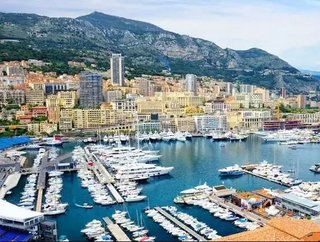 Europe dominates the list of the top 20 cities for millionaire density, new research has revealed.

As the rich and the glamourous descended on Monaco for the Grand Prix at the weekend, data published by business news and analysis website Verdict, compiled by GlobalData WealthInsight, shows it remains the top global city for millionaire density by some margin.

Almost a third of people (30.6 percent) living in the Mediterranean city-state have a net worth of over $1m. Millionaire density is measured as the percentage of the resident population with assets – not including the value of their first home – of over $1m.

Despite Monaco’s dominance as the most millionaire dense city in the world, it has recorded a drop of 0.5 percentage points over the year, from 31.1 percent in 2016.

For the top 20, all cities that were featured in the 2016 report registered declines over the year. The only US city to make it into the top 10 is New York (9th), whose millionaire density fell to two percent, from 4.7 percent previously.

Europe dominates the top 10, with the only non-European cities Hong Kong (6th), Singapore (7th), and New York. London has been nudged to fifth by new addition to the list, Zug – also in Switzerland.

However, it remained largely unaffected by Brexit, as Verdict editor, Billy Bambrough, added: “It is heartening to see London’s density of millionaires all but unaffected by last year’s Brexit vote suggesting people are waiting to see how negotiations between the UK and the European Union play out over the next couple of years.

“General population size is still the most decisive factor when it comes to the number of millionaires but with London by far the largest city in the top five its 1/29 proportion of millionaires is undoubtedly impressive.”

WealthInsight’s Oliver Williams said: “Monaco has long drawn in wealthy residents from all over the world. But this year’s ranking shows that the Principality is not as popular among millionaires as it was. A global crackdown on tax evasion and worries about the reputational damage of leaks such as the Panama Papers has dampened demand for tax havens such as Monaco. A global shift in wealth towards Asia and the rocketing price of Monegasque real estate has also put some millionaires off the city state.

“Zug is a new addition to this list. The sleepy Swiss town is home to a disproportionate number of multinationals, in turn attracting their millionaire directors. Global groups such as Glencore maintain their registered address in the Canton thanks to its very low tax.

“It is interesting to note that over half the cities in this list are European. Although they have much smaller populations than their US or Asian counterparts – meaning larger millionaire densities – these European cities have all been successful in attracting millionaires from around the world. It appears that a high quality of life, superior universities and historical centres – as well as favourable taxes – are the key ingredients for a high millionaire density.”