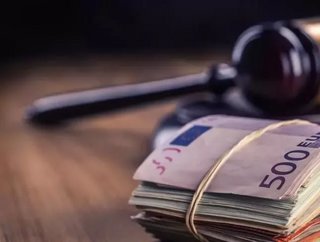 Bribery, whether given or received, can result in heavy punishment for employees. With punishments including up to 10 years in prison (as per the Bribery Act 2010), it’s crucial that accountants, auditors and finance officers are extra vigilant.

Aziz Rahman, Senior Partner at serious and corporate crime defence specialists Rahman Ravelli, believes that many organisations are failing to adequately brief their staff on what does and doesn’t constitute a bribe.

“Even though it’s common for people to accept bribes without realising it, ignorance is never a suitable defence. By granting additional funding to the Serious Fraud Office to aid its investigation into accusations of bribery at Eurasian Natural Resources Corporation (ENRC), the UK Government recently demonstrated that it is stepping up its attempts to prevent this kind of wrongdoing,” Rahman commented.

To raise awareness of the issue, and to ensure that businesses aren’t unwittingly accepting bribes, here are five top tips.

1. Should you really be accepting that gift?

“Much depends on the timing. If your staff are receiving gifts right at the time that you’re about to award contracts, alarm bells should be ringing,” Mr Rahman warned.

It doesn’t have to be big, expensive gifts either. Sometimes, an accumulation of small gifts over time can be interpreted as bribery.

On a very small scale, if a student buys their room cleaner a box of chocolates to say thank you for doing a good job, this is fine. If this is then followed up with similar gifts as a means of “sweetening the cleaner up” so they’ll clean the person’s room first, this can be classed as bribery.

2. Hospitality – Is this the first time you’ve been taken out by a client?

The Financial Conduct Authority is putting the squeeze on companies that use perks such as trips to sporting events or meals out as a means of bribing somebody.

“Is the hospitality timed to coincide with a business decision being made? Is it the first time the person has offered such hospitality? Is it being offered only to the people who are making a particular business decision? If the answer to all these is yes, it could be considered bribery,” Rahman added.

3. Be wary of clients offering services for free

“It may be that you or your colleagues need some extra workplace resources. If a current or potential client offers to provide any of this for free or at a reduced rate, you have to ask why they are making this offer,” Rahman remarked.

Scenario: you’re looking to procure some new technology services. While you’re still in the decision-making process, one such company has offered to provide your staff with some free equipment. Is this a gesture of goodwill to cement a strong relationship, or is it a bribe?

4. Are they really doing you a favour?

“Someone offering to sort out a problem, give free advice or put you in touch with someone who can help can all be favours offered with the best intentions,” Rahman added.

“But these are not favours if the person giving them expects something specific in return. Is the timing of the favour linked to any business decision?”

Sometimes it’s difficult to differentiate between a “nice turn” and a bribe. Again, timing is key.

5. Do “mates’ rates” exist or is it just an elaborate bribe?

“Everyone loves a bargain. Often people doing business with each other tend to ‘look after’ each other. This can be a genuine attempt to help out an acquaintance. But it could also be bribery,” Rahman continued.

If you’re receiving goods or services for a knock-down price, you need to flag it and ensure there’s nothing untoward happening.

You can read more about how to spot examples of bribery in your business, and where you should turn to if you are accused of wrongdoing, in Rahman Ravelli’s latest article.