Geneva is the most expensive business travel destination in Europe 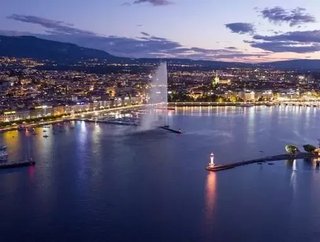 Geneva is the most expensive location in Europe for business travel. This was one of the findings of the latest Daily Rates research published by ECA International.

The total cost of a typical business trip to Geneva, excluding travel to and from the city, is USD 706 per day on average.

“Swiss cities dominate the top ten most expensive destinations due to the relative strength of the Swiss franc against the US dollar when compared with other European currencies,” said Simon Franklin, Daily Rates Manager for ECA International. “Geneva tops the European rankings this year due to its high hotel costs, which are partly due to high levels of tourism driving up prices. Four-star hotel accommodation in Geneva averages USD 373 per night, beating the second highest in the region, Zurich, by 10 percent.”

London has fallen from second in last year’s regional rankings to third place this year, being overtaken by Zurich.

“Over the last year, the cost of a typical business trip in Central London has fallen by around 13 percent in USD terms, with the fall in the value of the pound against the US dollar contributing to this,” stated Franklin. “Tourism and international business travel to the city have been boosted by the pound’s decline. However, in local terms, Central London has actually become more expensive over the last 12 months with four-star hotels, meals and transport costs increasing, which is bad news for UK nationals travelling to the capital.”

Updated annually, ECA’s Daily Rates reports provide average costs for hotel accommodation, which makes up the bulk of any daily allowance, as well as meals, drinks, laundry, taxi transport and daily essentials. This information is used by companies to determine daily expense allowances for staff who undertake business travel.

“Costs commonly incurred during business trips include accommodation, transport, meals and day-to-day necessities,” advised Franklin. “Looking at four-star hotel accommodation, Geneva and Paris are the only locations that charge higher rates than Central London, with equivalent hotels in Zurich costing similar on average at USD 331.”

Paris comes in at fourth position in this year’s regional rankings. While the cost of a typical meal out and incidental expenditure are more expensive in Central London and Zurich, higher costs associated with hotel accommodation in Paris contribute to its ranking as the fourth-most expensive location in Europe to undertake a business trip.

Excluding Central London, all other UK cities have plummeted in this year’s regional rankings. Aberdeen (22nd), Edinburgh (31st), Manchester (47th) and Birmingham (54th) have all fallen dramatically owing to the pound’s decline against the dollar. On average, ranked UK locations have fallen by 19 places.

The cheapest location in Europe for business travel is Sarajevo. On average, four-star hotel costs are 72 percent cheaper there than in Geneva.

When hotel costs are excluded, the most expensive locations in Europe for business travellers are slightly different, although Geneva still tops the rankings. London falls to 12th in the regional rankings.

“When it comes to a business traveller’s daily expenditure on incidental costs such as transport, meals and beverages, Swiss cities dominate the top five in the region,” adds Franklin.

The cheapest locations in the region for business travellers, once hotel costs are excluded, are Minsk, Tirana and Chisinau.

“Companies have different ways to ensure costs incurred by employees during business trips are covered, whether by reimbursement or provision of daily allowances to meet such expenditure,” advised Franklin. “As we have seen over the past 12 months, with Zurich overtaking London as the second-most expensive location, it’s important companies review allowances or reimbursement rates for travelling employees regularly to make sure they are neither under- nor over-compensating for business trips.” 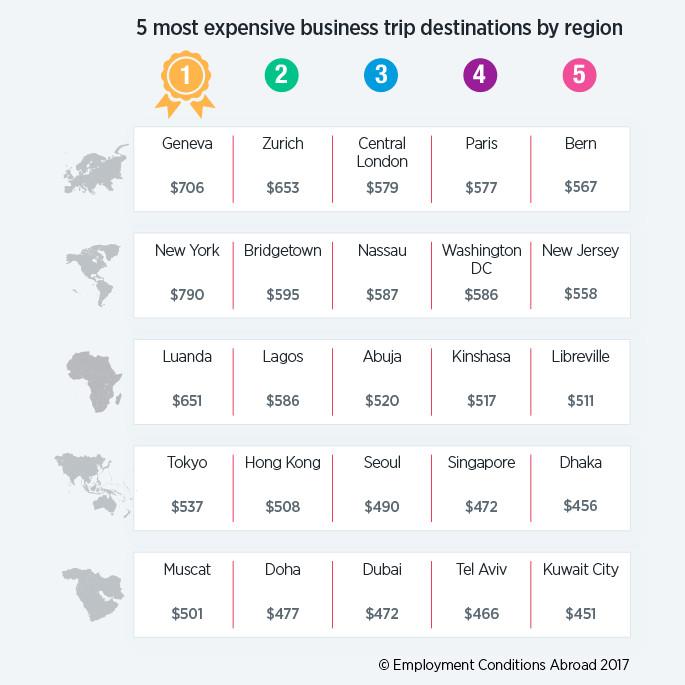