The importance of knowing your profit margins 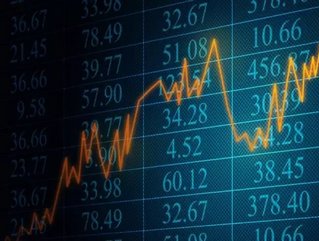 European organisations performing ahead of market expectations and creating more value for shareholders place a much greater emphasis on understanding and improving margin than their competitors.

This is the key finding from a study published today by profit performance experts Vendavo and Patrick Reinmoeller, Professor of Strategic Management at Cranfield School of Management. The report also highlights a worrying lack of insight into margin among many organisations, and a clear link between low level of margin insight and company underperformance.

Based on a poll of 200 C-Level executives from across Europe, the importance placed on margin is telling. Those who report growth ahead of market expectations are more likely to say that maintaining or increasing margin is vitally important (41 percent) to their organisation, in comparison to those behind (four percent).

The results suggest a significant lack of insight into margin and how to affect it. Nearly four in ten (38 percent) respondents would not know how to achieve an increase in margin tomorrow. Crucially, this figure rises to 67 percent for respondents from organisations that are performing behind market expectations.

The research also suggests that the way margin is defined within an organisation is vital, with a startling 80 percent reporting inconsistencies across their business. Those with one completely consistent definition of margin within their business are most likely to be growing ahead of market expectations, while 57 percent who report that growth is behind have no agreed definition of margin, compared to eight percent of those ahead of expectations.

Issues on the front line

Further analysis tells us that pricing could be used more effectively as a profit lever. In the last five years, nearly half (49 percent) of all organisations have applied price increases or price reductions, yet less than a quarter (22 percent) found it to be the most effective lever. The research indicates that having relevant up to the minute pricing data in the hands of sales teams would support profit growth – an organisation’s ability to drive growth in profit margin is higher and they are more likely to be growing ahead of market expectations – 55 percent of these organisations are using real-time data to make pricing decisions.

“Our study clearly highlights a strong link between an organisation’s ability to maximize margin on every deal through price effectiveness and overall financial performance”, commented Robert Irwin, Vice-President, Business Consulting, Vendavo Europe. “Many organisations are flying blind, lacking the insight to quickly improve their profit margins and alleviate price pressure. This is having a detrimental impact on business operations and shareholder value. We see increased reliance on short term cost out programs and emphasis on cost leadership, whereas margin leadership at deal level can be more effective and significantly boost financial performance.”

“While eking out margin gains is incredibly tough in most industries, the report suggests that many C-level executives feel their organisation is under-equipped to affect it,” said Patrick Reinmoeller, Professor of Strategic Management, Cranfield School of Management. “Yet it’s quite simple – if you don’t have the insight into margin, then there’s only a limited amount you can do to influence it strategically. And when it’s impacting financial performance, executives need to instill an even greater focus on margin across the organisation, and better insight to inform those crucial decisions driving profitability.”

To register to receive the full report in May 2016 or for any further information about Vendavo please visit: www.marginmatters.eu