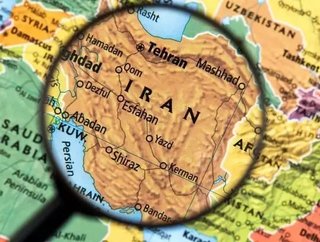 Axco Insurance Information Services (Axco) has released its latest country report on Iran, highlighting hesitancy from international brokers and reinsurers, despite the country offering vast opportunity following the removal of US and UN sanctions in January this year.

Iran is the largest non-life insurance market in the Middle East and was the 29th largest market globally in 2014. Non-life market premium income (excluding health business) grew 22.6 percent from 2014-15. Indeed, before sanctions were imposed, economic development led to above-inflation premium growth in 2010-12, although the effects of international sanctions hindered growth in real terms from 2013 onwards.

In June 2010 the UN Security Council imposed sanctions, which included restricting the provision of underwriting services, insurance and reinsurance aimed at Iran’s nuclear programme. Considerably harsher EU sanctions were also imposed and resulted in the supply of (re)insurance capacity from European and US markets effectively ceasing in 2012.

A myriad of challenges await foreigners attempting to enter the market. US primary economic sanctions remain, precluding US companies from re-entering Iran, with the largest bottleneck in future business with Iran likely to be US banks. Last week’s US election result has created further uncertainty around whether or how a Trump administration would “tear up” Obama’s 2015 Iranian nuclear agreement.

Since 2000, there has been a trend towards regulation and privatisation. State owned and private insurers are in direct competition and private insurers may have a maximum 49 percent foreign shareholding with the correct permissions. There are currently two state owned companies; Bimeh Iran, which held the largest market share at just over 40 percent in 2014, and reinsurer Bimeh Markazi, which enjoys a compulsory cession of 25 percent of non-life business and first refusal on up to 30 percent of all outwards reinsurance.

There are no other restrictions on reinsurance arrangements, although overseas reinsurance capacity was seriously curtailed as a result of recent sanctions. It is thought 16% of gross capacity requirements was placed overseas in 2010, compared to 60 percent a few years prior.

Tim Yeates, Managing Director at Axco, commented: “Iran is attempting to attract foreign business back into its borders, as it stated it will be taking applications for energy projects. However, foreign investment will remain slow if there isn’t the appropriate coverage available for these types of projects. The gap may have to be filled by governments.

“Despite all the challenges Iran has faced over the past few decades, Iran offers huge opportunities, which we see only growing as there is more foreign investment. However, it’s important to understand the risks and challenges that the Iranian market offers.”