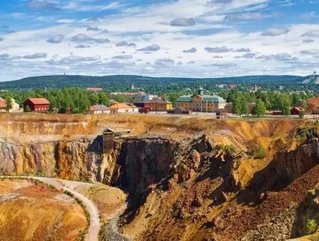 The inaugural Europe Mining 2015 Summit, will take place on 17-18 June in Amsterdam, The Netherlands, will provide a wide spectrum of informative presentations and case studies. The Summit will gather senior level representatives from the international mining industry and will help delegates plan their business activities taking advantage of the new opportunities offered in the region.

Olav Hallset, Communications Manager of the Norwegian Mineral Industry and Mona Schanche, Exploration Manager at Nordic Mining, will assess northern Europe’s investment potential for mining. Amongst other topics that will be addressed at the Summit include the latest developments for active mines in Europe; future plans and strategies, as well as regulations and differences in fiscal regimes.

As falling oil price fuels lower costs for miners, the iron ore market is expanding in Europe. International mining companies are in search of rare earths in the continent, in particular uranium, iron ore, nickel, gold and phosphorus. It is predicted that northern Europe will soon host more mining projects.

Finland is often described as northern Europe’s top destination for mining investment thanks to its significant copper, silver, iron ore, nickel and zinc reserves and as global warming uncovers precious metals, the country is expected to be one of the world’s next major mining frontiers.

Sweden is home to the world’s largest iron ore mine, which produces 90 percent of all the iron in Europe. A few days ago, a Canadian company has expressed that it “looks forward to exciting results ahead” after having successfully staked two nickel deposits with historical resources in northern Sweden. It is estimated that in 2025, Sweden could triple its mining production.

Greenland, which holds the largest deposit of rare earths outside of China, is for its part seeking investment from across the world to develop its mining industry. According to European Commission data, Greenland has "especially strong potential in six of the fourteen elements on the EU critical raw materials list."

Last but not least, Norway has over 40 working mines in the north and has anticipated it will have nearly 70 within a few years.