By Ollie Mulkerrins
May 19, 2020
undefined mins 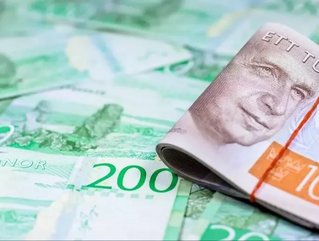 The bank announced its offloading of assets in Australia and Canada after concerns around potential environmental impacts.

Sweden’s Riksbank, or central bank, has sold off assets in Canada and Australia amid climate concerns, stating that greenhouse gases being produced in the relevant regions were not in line with its core values and expectations.

Martin Floden, Deputy Governor at Riksbank, said that the bank would be reluctant to be involved with assets that had a negative impact on the climate, noting during a speech at Orebo University in Sweden, that “Australia and Canada are countries that are not known for good climate work. Greenhouse gas emissions per capita are among the highest in the world.”

The Alberta government responded to Floden’s comments on 13 November, stating that the region “has the highest environmental standards in the world” and adding that the energy industry is improving its carbon footprint. Alberta has a high use of fossil fuels within its commercial endeavours, however, this is offset with stringent emission directives, such as targeting a 40% reduction in greenhouse gases by 2050.

“If the Swedish central bank is really concerned with making a difference on climate change they need to be investing more in ethical producers such as Alberta which have shown dramatic gains in reducing emissions,” said Christine Myatt, spokeswoman for Alberta Premier Jason Kenney.

Floden said the bank had invested around 8% of its foreign exchange reserves into Alberta and Australia, although he did not expand on the details.

Governor Mark Carney of the Bank of England has previously said in an interview with the Guardian that the financial sector needed to reconsider its investment around climate change and the value of high carbon impact businesses. This mirrors the wider message that, as public and economic attitudes shift on environment risks, they must be considered in the valuing of a potential asset.

The Bank of Canada spoke out in May, stating that the risks to climate change could extend out to an organisation’s economic stability if stronger action is not considered within the fossil fuel industry. The falling prices of crude oil, which have permeated the market for five years, along with pipeline constraints, are already causing concerns for the Alberta fossil fuel industry, as major firms offload or scale back investments in the Canadian market.