Is this the rise and fall of ecommerce without borders? 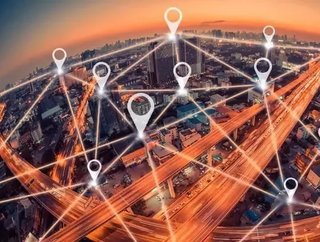 “If trade stops, war starts.” Jack Ma, the founder of Alibaba, has warned. Yet despite this we are seeing more trade barriers go up and protectionist policies win out. So does this past year mark both the rise and the fall of Ma’s concept for ecommerce without borders? I fear so, let’s consider why:

In March 2016, Jack Ma introduced the idea of a global Electronic World Trade Platform (eWTP) at the Boao Forum, in China. In Ma’s vision, businesses would create hubs for ecommerce and governments would create virtual free trade zones for SMEs. This would see a rise of ecommerce without borders. The eWTP would essentially allow businesses in one country to sell to consumers in another, with low or no import duties, speedy customs clearances and better access to logistics, making trading easier for internet retailers, and in particular, SMEs looking to scale-up.

As he recently pointed out during the launch of Alibaba’s headquarters in Melbourne: "If Australia, New Zealand, and other countries can create a free-trade zone in the form of an e-hub for small businesses, they can work like the big companies — with 24-hours clearance, better tariffs, and quicker [border] inspections. That could help a lot of small businesses."

So what is not to like? As a Friedrich Hayek economist and open border idealist, a global free trade arrangement is exactly the type of progress that I would like to see. My vision for the world would be one with no borders for goods or skills and no barriers for people. Unfortunately, as with most things, it is never so simple.

As the CEO of a global ecommerce platform, I have experienced up-close the good, the bad and the ugly that can come from trading internationally. The good is that your goods can get out, but that also means other goods can get in. So, as well as being good, it can be bad and ugly too. Herein lies the problem, and the likely fall for ecommerce without borders. Products coming into a local market can raise competition, but also tension. And there is always the possibility that poor quality, sub-standard products, counterfeits, or goods made by people paid very low wages, can also enter the market.

In addition to this, we are living in an age where populism sells in both media and politics. The current climate means open border initiatives are likely to fail because of the same negativity and issues that hamper most free trade or movement agreements. It is essentially the same sentiment that has seen the Brexit vote and the election of President Trump.

Calls for an eWTP are likely to suffer from the same political hype and negative news coverage that most other open border arrangements have suffered from. We only have to look at coverage of UK news on Europe to see that bad and ugly sells faster than good news stories. As with Brexit, there will be groups and businesses motivated to push the bad news agenda, because while not all bad, there will be genuine issues that an open border initiative can bring about.

The current political climate means any economic and social uplifts that should be credited to the open trade initiatives between nations are largely being ignored. It is happening with the EU, NAFTA, and in the case of TTIP, it never even had the chance to prove itself. I therefore suspect that despite all the possible advantages for SMEs and ecommerce in particular, the eWTP will be just another great idea that doesn’t get a fair chance to prove itself.

Ma also argues that a globalised economy is more than just transactions of money and goods, that trade is about values and culture too. And I wholeheartedly agree. However, I think that there are currently forces at play that are more motivated to prevent a global free trade deal from happening than making it work. The global political results last year are an indication that the world is not yet ready to embrace open borders. Even localised deals are hard enough at the moment - we only have to look at the difficulties with our nearest neighbours in the EU. A global deal is in my opinion, still a generation or two away, so it is now up to business to continue making sure that trade not war wins out.

By Philip Rooke, CEO of Spreadshirt.