Is the Spanish economy coming back from the brink? 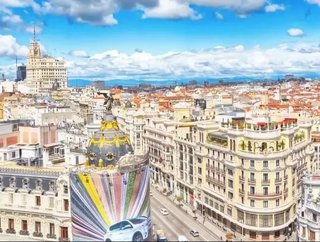 The Spanish are philosophical about hard times. They have a saying : a mal tiempo, buena cara – in bad times face held high.

In recent years, Spain, of course, has known hardship. Of all the European nations outside of the Republic of Ireland and Greece, she was one of the worst hit by the 2008 global financial crisis. Facing the toughest of economic conditions, Spain's unemployment lines increased from eight percent in 2008 to a scary 26.94 percent by January 2013. Her once dynamic housing market – five million housing units built in the first nine years of the 21st century – ground to a halt.

Fast forward to the present and there are, at last, some hopeful signs among the latest data that the economy is now in recovery. Unemployment has dropped by around seven percent while life is slowly returning to the property market.

According to the latest Real Estate Situation Spain, published by BBVA Research (research wing of Spain's second biggest banking group), housing sales are expected to climb by 10 percent in 2016. In addition, the research forecasts that applications for building permits will be up by a whopping 30 percent this year.

There is also good news for investors looking to grow capital. The Organisation of Economic Development and Co-Operation estimates that the Spanish property market is still undervalued by a massive 26 percent.

We can almost hear the rhythm of clicking calculators as we write.

On the ground, a market report by major Spanish real estate agency Lucas Fox International records a 33 percent increase in residential sales in 2015. True, international buyers continue to dominate the market, but sales to Spanish customers climbed by an almighty 86 percent year on year – 2014 to 2015. Good, strong signs that the Spanish property market recovery is well underway.

The Lucas Fox market report also shows that 17 percent of prime market buyers in Barcelona (those purchasing properties over £740,300(€950,000)) were national clients, a six percent increase on the previous year.

“The increased market activity by local buyers was the standout trend in 2015,” Tom Maidment, Partner at Lucas Fox, explained. “Spanish buyers have been active predominately at mid end of the market, attracted by property prices at an eight year low, a recovering economy and increased lending from Spanish banks. For several years the market has been dominated by international buyers and whilst foreign investors still account for the majority of our sales, the number of local buyers is clearly on the rise and we expect this trend to continue apace throughout 2016.”

Part of the recent vibrancy in the property market comes from the stability of property prices, and the continued attractiveness and growing demand for prime property on the Costa Del Sol. Lucas Fox witnessed an impressive 91 percent rise in the value of sales in Marbella, including an impressive £9.75 million (€12.5 million) sale to an American buyer for property in the exclusive La Zagaleta area.

As things stand one in five of the Spanish working population are still without employment, while property prices remain well below their pre 2008 highs. But, nevertheless, while unemployment is falling and demand for property - especially among the Spanish themselves - is increasing, both trends are pointing the way to economic recovery.

Spain has some way to go to realise continued economic improvement and stability, and it will be interesting to see if current trends are sustained through 2016 into 2017 and beyond. But the recent direction of travel is good news for business and investors and generates some latent optimism for Spain's economic future.