Starling Bank is leading the drive to diversify the fintech industry 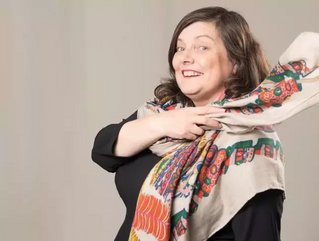 Starling Bank is the UK digital mobile-only bank that has taken the country by storm in the last few years. Founded by CEO Anne Boden in 2014, diversity has been built into the fabric of the company: "Our goal at Starling is for a more even gender balance, not only because it is the right - and fair - thing to do, but also because it is likely to make for a more successful company. And that, in turn, should mean a better service for our customers,” said Boden.

In 2017, Starling signed the Women in Finance Charter, sharing that 27% of its staff in senior positions were occupied by women and hopes to increase this to 30% by 2021, but having exceeded this target, has increased the goal to 40% by next year.

“There’s no shortage of evidence to support the view that diverse teams perform better in the workplace overall. In fact, the business case for diversity of all sorts is now widely accepted in management courses and boardrooms around the world, even if it is rarely rigorously applied in practice,” she said. Starling has increased its customer base by over 55% with over 100% growth in its deposit base. In addition to this, it has won a number of awards including Best British Bank, Best Current Account Provider in 2018 and 2019 and Best Business Bank at the Smart Money People Awards in 2019.

For the full lowdown on Starling, head over to FinTech Magazine.