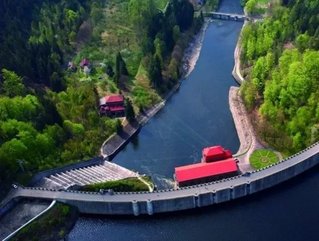 The European Investment Bank (EIB) is lending up to €71 million to the Polish energy company TAURON Polska Energia SA for its investments in renewable energy and energy efficiency in Southern Poland, to be completed by the end of 2016.

With the support of the EIB, TAURON Group will expand its electricity distribution networks by around 11,000 new connections and upgrade the existing equipment, which will predominantly serve to connect new customers to the distribution grid.

The company will also roll out a smart metering pilot programme. This will be beneficial to residential, commercial and public authority customers, as the programme’s aim is to verify the technology, facilitate data management and provide better information flow between customers and suppliers.

The funds will also support the modernisation and refurbishment of several of TAURON Group’s hydropower plants, which will increase their efficiency and generating capacity.

Krzysztof Zawadzki, CFO of TAURON Polska Energia, said: “The European Investment Bank has been our partner for a number of years. The finance provided by the EIB enables us to acquire funds on favourable terms compared with those offered by commercial banks and for longer maturities.

“These favourable financing conditions provided by the EIB also encourage the TAURON Group to engage in further investment and to increase energy efficiency”.

László Baranyay, EIB Vice-President responsible for lending in Poland, said: “We particularly welcome this agreement with TAURON, as the project will ensure a secure supply to new customers through the expansion of the company’s electricity network and the roll-out of a smart metering pilot programme in line with EU requirements to support the development of smart grids.

“Together with other projects previously financed by the Bank in Poland, this also marks an important step towards increasing energy generation from renewables in Europe.”

Including the current operation, the EIB will have made four loans available to the company totalling €416 million to support investment in the Polish energy sector, such as the construction of a new biomass-fired power unit at the Jaworzno III power plant.