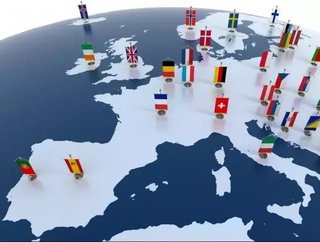 Each ranking is based on analysis of over 340 criteria derived from four principal factors: economic performance, government efficiency, business efficiency and infrastructure.

Responses from an in-depth survey of more than 5,400 business executives, who are asked to assess the situation in their own countries, are also taken into consideration.

The study reveals some of the most impressive strides in Europe have been made by countries in the East, chief among them Latvia, the Slovak Republic and Slovenia.

Western European economies have also continued to improve, with researchers highlighting the ongoing post-financial-crisis recovery of the public sector as a key driver.

The top 10 European economies based on competitiveness are:

Professor Arturo Bris, Director of the IMD World Competitiveness Center commented: “One important fact that the ranking makes clear year after year is that current economic growth is by no means a guarantee of future competitiveness.

“Nations as different as China Mainland and Qatar fare very well in terms of economic performance, but they remain weak in other pillars such as government efficiency and infrastructure.”

Data gathered since the first ranking was published more than 25 years ago also lend weight to fears that the rich are getting richer and the poor poorer.

“Since 1995 the world has become increasingly unequal in terms of income differences among countries, although the rate of increase is now slowing,” Bris added.

“The wealth of the richest countries has grown every year except for the past two, while the poorer countries have seen some improvement in living conditions since the millennium. Unfortunately, the problem for many countries is that wealth accumulation by the rich doesn’t yield any benefits for the poor in the absence of proper social safety nets.

“Innovation-driven economic growth in poorer countries improves competitiveness, but it also increases inequality. This is obviously an issue that demands long-term attention.”

China Hong Kong was named the most competitve economy in the world.