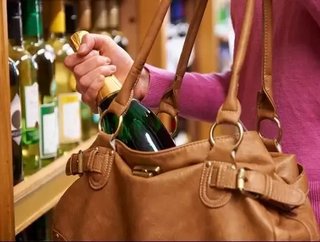 As Christmas shopping season looms, retailers across Europe are bracing themselves for increases in footfall and subsequent spates of theft. Groceries, including roasting joints and bottles of spirits, are the most at-risk products.

New research sponsored by Checkpoint Systems – provider of merchandise availability solutions to the retail industry – has revealed that retailers will see shoplifting erode their profits over the coming months, as they begin to gear up for a bumper Christmas period.

Apparel, luxury foods and electronic accessories are expected to be among the most stolen items this festive season, with higher quantities of merchandise put out on the shop floor, additional door displays, temporary staff and increased footfall all contributing to the high losses across the country.

The study, underwritten by an independent grant from Checkpoint Systems, was carried out by Ernie Deyle, a retail loss prevention analyst, and provides an analytical view of business risks that major retailers face during this holiday season. The 13 markets covered in the report span North America, Europe and Asia, and include the US, Belgium, France, Germany, Italy, Netherlands, Portugal, Spain, UK, Australia, China, Hong Kong and Japan.

Preparing for a bumper Christmas

Last week, Fung Global Retail & Technology suggested holiday spending could increase by 3.5 percent year-on-year, with Brits expected to spend around £2.5bn more than the previous Christmas. Stores across the UK could see sales top £73bn in the final two months of the year.

However, despite the potential increase, retailers’ margins will be squeezed over the festive period, with many bricks and mortar stores opting to cut prices to increase footfall and keep up with the competition from other online and physical retailers.

From October to December, gross margins will be reduced by 3.26 percent with the rate of erosion leading to a 9.8% decline of realised margin captured. Annually for every £77 in sales there is £1 worth of “loss value” incurred. However, during the Christmas season, the run rate is expected to decline to £61 in sales for every loss value incurred.

Over the next two months alone, dishonest shoppers and employees will steal merchandise totalling 38 percent of losses incurred over the entire year. Retailers are caught between attracting seasonal shoppers and protecting their merchandise.

The amount merchants will lose equates to every person in the UK stealing the equivalent of £15.15 over the festive period. This figure is more than double that stolen over the rest of the year. This increase places an enormous burden on retailers and, ultimately, on honest consumers who pay for it in the price increases that follow.

Most at risk products

The grocery retail sector, which is already under pressure from the rise of discount stores, will see leading alcohol brands targeted, with shoplifters filling their stockings with vodka and whisky, as well as champagne. Traditional festive foods, like beef, lamb and turkey, are also high on their shoplifting lists, while the wide range of gift sets and chocolate boxes on display presents an appealing opportunity to light-fingered customers.

Of the items most wanted this Christmas, leather jackets and designer winter coats rank highly, while make-up and perfumes are easy to conceal and have a high resale value on the black market and online marketplaces. Electrical items are also expected to be in favour during the festive months, with electric toothbrushes, shavers, straighteners and kitchen electricals all popular presents.

Christmas presents an increased number of opportunities for shoplifters. With higher numbers of customers in store and more merchandise on display, singling out the shoplifters become more difficult. In addition, the chance to quickly sell on the stolen items such as gift sets and alcohol becomes a lot easier for the thieves.

Retailers’ decisions to take on more than 3,500 temporary staff over the key sales period can also exacerbate the increase due to a lack of training/ compliance. The high turnover of goods often results in merchants rushing items onto the shop floor without security tagging them, making it simpler to remove without paying.

How can retailers help?

The report reveals that for most retailers, wholesalers and distributors, inventory - including the space to store it - is the largest single cost of doing business. While reducing inventory means lower costs, insufficient inventory leads to out of stocks, lost sales and unhappy customers. Therefore, balancing these two factors is critical to profitability and growth, particularly in omni-channel environments.

The report recommends retailers address issues including the following:

Neville Payne, Vice President of Merchandise Availability Solutions at Checkpoint Systems, commented: “Retailers are faced with the difficult task of ensuring they can manage the influx of customers, as well as protecting their merchandise and ensuring it is available for honest shoppers to purchase. It’s important not to compromise on the bottom line over the festive period by taking shortcuts, training and security compliance are easy steps to ensure a successful Christmas."