What the UK budget means for small businesses 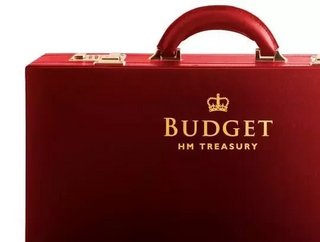 In today’s Spring budget, which would mark Philip Hammond’s very first and last, with the move to only having an Autumn Budget from now on, there was a lot at stake for the self-employed, with many waiting to learn how what was announced would affect SME’s in the UK.

Mark Clisby, Director at Yell Business has provided his thoughts on what was included, and what this does in fact mean for the small business landscape.

“Ahead of the budget, we spoke to our customers about a primary concern: the rise in business rates, and concerns surrounding them. Which provided an eye-opening backdrop to today’s Spring Budget, with:

So, with that in mind, these business owners will have mixed feelings about Mr. Hammond’s budget today, as while there was some relief outlined for those affected by business rates, there was still no clear resolution. In addition to the news that the self-employed will be taxed more, due to the ‘levelling of the playing field’ in National Insurance contributions.

While there was no actual change to business rates, the Chancellor did unveil some relief for those affected by the rise in business rates, in the form of a £435 million emergency package. The relief includes pubs with a rateable value of less than £100,000 receiving a £1,000 discount on the rates they pay, and a £300 million hardship fund for councils to aid small businesses that are worst affected.

Finally, the Chancellor also outlined that businesses losing small business rate relief, will have any increase in rates capped at £50 per month next year.

However beyond that, there wasn’t any more to alleviate the concerns of the self-employed, but instead add to them. This came in the form of a National Insurance tax rise for the self-employed with the aim of levelling contributions made by those in employment. The rise on average will cost an extra 60p a week to those affected, which signals another hit for the self-employed.

Combined with no solid change to business rates and the hint that they could still be set to rise next year, this will not be the Spring Budget business owners were hoping for on the whole.

With many of our customers already struggling to manage skyrocketing rents, there should have been more focus on business rates, as we should be looking at ways to help them thrive and succeed in this time of economic uncertainty, not penalise them further because of the geographic location of their business. Now, only time will tell on the result of the further consultation to take place on these rates.

Following today, it still stands that at a time when Britain is trying to demonstrate to the world that it is open for business, a key consideration needs to be how the government can do more to support our local, home grown businesses.”