Why Fortune 500 companies are stepping up MEA activity 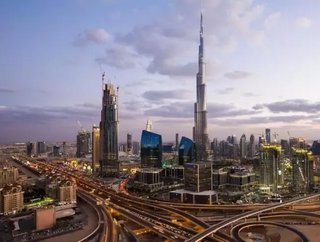 Major corporations are continuing to expand their operations in the Middle East and Africa (MEA) as they seek to look beyond ‘traditional’ markets into ones that offer new opportunities for development and growth.

By the end of 2016, 196 of the Fortune 500 companies had offices in the region, an increase of 17 percent (from 167) from 2015. Firms based in the USA, Canada, China, Switzerland and The Netherlands all increased their presence in MEA over the last 12 months.

Data from Infomineo, a business research organisation specialising in the emerging markets, informs on which countries and cities are most desirable, and which industries are fuelling the rising interest.

Dubai is the most desirable destination: 138 Fortune 500 companies now have offices there, followed by Johannesburg with 58, Casablanca with 37, and Nairobi, 28.

The popularity of certain cities and countries is dependent on a number of factors, including local market potential, maturity of the industry, existing competitors, and company culture. Other factors include political stability, laws and regulations, business language used, quality of the employment market, and local resources and infrastructures.

Casablanca has seen a surge in popularity, with 20 companies expanding to the city in 2016 alone, marking a 150 percent increase. This popularity has been fuelled by the automotive and technology industries, following expansion from Ford, Continental, Volvo, Lenovo, Arrow Electronics and Ingram Micro.

Hamza Laraichi, Managing Partner at Infomineo, says there are multiple reasons for Casablanca’s rise in popularity: “Morocco’s economic stability in the face of global economic slowdown has provided businesses confidence. In 2010, the Moroccan Government launched ‘Casablanca Finance City’, a project aimed at attracting foreign companies with fiscal incentives, including five years’ tax exemption for revenues derived from exports. This project has provided valuable support to businesses looking to expand.”

The finance industry has the highest number of companies within the MEA with 34 companies, a 36 percent increase from 2015. Recent moves have come from Sumitomo, Mitsui Financial Group, Credit Suisse Group, AIG and Intesa Sanpaolo.

The energy sector’s presence in the MEA is growing at the fastest rate of 61 percent, with 29 of the Fortune 500 companies now focused in the industry, an increase from 18 in 2015.

Francois Marchal, General Manager at Ghana’s Private Bank, Société Général and a close associate of Infomineo, says that due to an emerging middle class, there is a growing interest in the African market by financial players: “Provided that a portfolio is representing the performing part of an economy, financial players will naturally outperform the GDP of those [African] countries. This is a major trend because those countries are growing.”

Marchal offers his advice for companies considering expansion: “The key risk for Fortune 500 companies is going there without a long-term plan. Growth in Africa is not consistent country by country. When settling in Africa, it is important to diversify your presence because you will always have one country that is out-performing another. Diversification in Africa and regional coverage gives you a balanced and secured approach to settling there.”