Why French startups are taking the ad tech world by storm

By Christophe Ménard
May 19, 2020
undefined mins 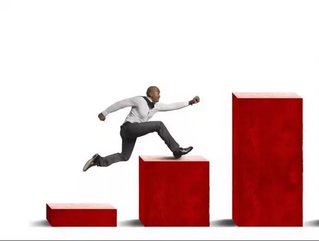 There is a reason why Silicon Valley is the land of tech giants; US investors are visionaries. The fast-moving digital marketplace maintains its momentum by supporting innovative startups, placing the US at the forefront of global tech development. However, there are now a considerable number of successful European companies entering the US marketplace, with countries such as France spearheading startup support, creating their own, homegrown ad tech titans.

Sublime Skinz is testament to the growing power of French backing for startups and has recently announced $5 million in funding from ISAI – the French entrepreneurs fund – to help with business expansion into the UK, US, and beyond. And they are not alone – the fund is part of a national commitment to assist new French tech talent. Last year, in-country tech progress saw French digital ad spend reach $3.7 billion, with mobile ad spend expected to increase by 80 percent.

So why has France become a tech hub for innovative startups and how can these companies become key players in the international market and compete with Silicon Valley?

Support from the top to help startups thrive

In France, the government takes a progressive approach to supporting startups, especially in rapidly developing industries such as digital advertising. They appreciate the capital required by startups to grow their businesses, as well as the tangible benefits their success can bring to the local economy. The government’s involvement in initiatives such as Business France — the agency for export promotion — provides expert consultation for startups on how to enhance their business activities within France and in other international marketplaces.

Funds to drive the future of tech development

Prêt pour l’innovation (PPI) – a solution offered by BPI France – is a strong example of French efforts to serve the future of technology. The group was created to connect small, technology-focused French businesses with venture capitalists and other funding solutions that enable companies to evolve. PPI has pledged to invest €8 billion in French companies by 2017 and already provides tech startups with financial investments to benefit their workforce and expand their business. For example, BPI France partners bank capital and investors to help meet new investment needs of SMEs at the seed or growth stages. The investment boost can make all the difference to budding digital startups and provides a significant return as local companies stay in France and use their proceeds to enhance the local economy.

France is one of many European countries supporting digital startups, which are subsequently taking on the ad tech giants and loosening Silicon Valley’s monopoly on technological innovation. Over the last 12 months, Europe has produced 13 tech startups that have reached a value of $1 billion. While this figure may not yet rival the value of the biggest players in The Billion Dollar Startup Club, it does signify a diversification of the tech landscape. By creating a digital ecosystem where startups from around the world can match the success of Silicon Valley innovators, the industry will produce a diverse and organic marketplace with healthy competition and development.

Indeed, enthusiasm for tech is everywhere in France. Prominent businessmen Xavier Niel, CEO of internet provider Free, works with projects such as L’ecole 42. The revolutionary computer training school is educating a new generation of digital specialists, opening up the prospect of digital careers and raising tech capability in France. The US is also reporting a skills shortage in ad tech, further highlighting the need for investment in future talent to ensure we can keep up with – and get ahead of – advances in technology.

While there is no doubt that the US is still the largest tech hub, it is no longer the only facilitator of digital innovation. France is rapidly becoming a beacon for independent tech startups and has created a blueprint for homegrown success that the rest of Europe can implement. By actively supporting local businesses with vital funding, tech-focused education, and entry into the marketplace, European economies can follow France’s lead and take the ad tech industry by storm.