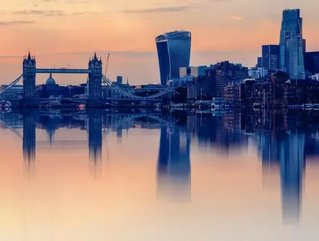 The United Kingdom has come out on top of a new Forbes list of the best places to do business in 2018.

Despite ongoing uncertainty over the country's exit from the European Union, Britain staved off closest challengers New Zealand and Netherlands to top the rankings for the first time.

"The UK remains a great place start and establish a business with low barriers to entry and a good reputation for business-friendly regulation and enforcement," said Suren Thiru, head of economics and business finance at the British Chambers of Commerce.

Forbes' revealed the 12th instalment of its 'Best Countries for Business' list, which ranks 153 nations from around the world using 15 different metrics, on Wednesday.

Other high-performing European countries included Sweden, Denmark, Ireland and Switzerland, with the quartet having all made the top ten. Germany ranked 13th, with Spain 20th, France 22nd and Italy 29th.

Brexit could ultimately impact Britain's spot at the top of the rankings in the not too distant future, however, with a number of high-skilled jobs expected to moved from London and other major hubs in the country.

"The single biggest issue Britain will face is the frictionless participation in their economy of highly educated global talent," said Matthew De Luca, a strategic consultant with Cushman & Wakefield. "Talent is the key that unlocks innovation, growth, and competitiveness."