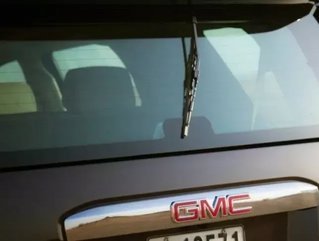 The car manufacturer GMC Middle East has posted a 19 percent increase in year on year sales for the month of February. The brand attributes the strong growth to the ongoing popularity of their large, premium vehicles and a boost to the region’s auto industry.

“The Middle East auto industry has seen healthy growth over recent years, and we expect this to continue. We’re pleased to see that our GMC brand is contributing to this,” said President and Managing Director of General Motors Middle East, Maurice Williams.

The UAE was the market with the highest growth in the Middle East for GMC sales, with a 69 percent increase compared to February 2014. Growth was strong in other countries in the region including Kuwait (41 percent), Lebanon (27 percent), Bahrain (16 percent), Saudi Arabia (11 percent) and Oman (six percent).

Williams added: “It wasn’t so long ago that we released all new versions of the Sierra pickup and Yukon SUVs. It’s obvious that these vehicles are really hitting the right marks with our customers and are driving the growth of GMC.”

The Sierra saw a 53 percent increase in sales, while the Yukon and Yukon XL models were up nine percent. “With GMC vehicles, customers are treated to premium features in a strong, reliable package. The Yukon and Sierra recently won awards as the best large SUV and best large light duty pickup in the independently judged 2015 JD Power Dependability Awards which sets the international benchmark for vehicle quality,” said Williams.