PMD Solutions and its Vision for Respiratory Care 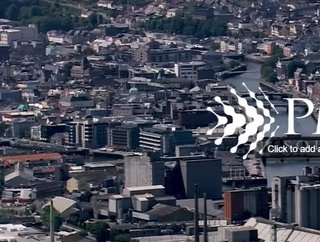 With Respiratory Rate being one of the earliest signs of deterioration, Myles Murray, CEO at PMD Solutions, likens its importance to having “a sharp scalpel for surgery”. The reason for this is that your breathing is driven by how well balanced oxygen and carbon dioxide is in your blood. So, when there's something wrong, like an infection or there's fluid building up in the lungs from Pneumonia or COVID, the body tells the lungs to work harder to try and stabilise itself. Thereby, if respiratory rate is not accurately measured, this clinical indicator that something's amiss with the patient will be missed, leading to a much more serious escalation in care.”

With the respiratory rate being well-established around the world as the earliest and most sensitive indicator of deterioration, Murray adds that the challenge has been - for example – patients who are talking, eating or moving, their respiratory rate becomes complicated to measurement. Leading to traditional frequently methods false alarming, this has led to the globally recognised visual counting of breaths the standard of care. So really, we are trying to develop a tool for frontline workers to accurately measure this sentinel vital sign so that the right care can be delivered to the right patient at the right time.”

“It’s really been over a century-long problem to measure this sentinel vital sign accurately,” adds Murray. “And the purpose of RespiraSense is to fill that technology void with a reliable tool that can be part of the day to day delivery of excellent care. This clinical advantage impacts the patient’s quality of care, the clinical team’s efficiency, and the healthcare providers outcomes. There is a very broad net benefit to everyone involved in the use of this digital healthcare solution. That's our vision for RespiraSense, to empower clinical teams in avoiding preventable respiratory failure events by transforming the standard of care in patient monitoring.”

Reflecting on the genesis of this partnership, Murray starts off by explaining that RespiraSense was launched as part of the COVID response in Beaumont Hospital, Dublin, Ireland. Professor Richard Costello identified RespiraSense as a tool that they wanted to implement quickly during Ireland’s first wave. “Within a few weeks, they saw enormous value from the technology, not only for measuring breathing but also to prompt meaningful interventions such as having the right conversations about the right patient at the right time. And because of that success, RespiraSense was introduced to Martin Curley and his Digital Transformation team at the HSE. And from there, we fell into a very progressive portfolio of digital healthcare technologies that the digital transformation team developed.”

“I think we've had a fantastic partnership. Once the efficacy was proved in the living lab, we were able to work with PMD Solutions to build a business case for deploying this technology rapidly in response to COVID-19. Some of the excellent research that came out of Beaumont hospital showed that RespiraSense could provide up to 12 hour’s notice that a patient was going to have a hypoxic event. So, we mobilised, and we built a joint team with daily operational meetings to deploy to 19 hospitals; we’re now trying to wrap up that deployment, and shortly RespiraSense will be deployed in 24 hospitals as the de facto standard of care in respiratory compromised patients,” says Curley.

Taking just three months, Curley reflects on a recent meeting: “one of the more senior clinical engineers in the network commented at one of our meetings that she was amazed at how fast this could be rolled out. She said “normally, a new programme like this would take two to three years in the HSE, and it took three months.”