Shifty stats and marketing myths put under the spotlight [VIDEO] 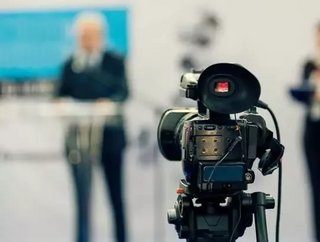 Marketers can’t afford to work with assumptions, inaccuracies, urban myths or received wisdom, and yet the marketing world is full of spurious statistics and authors citing unsubstantiated or inaccurate ‘facts’.

Often without considering origins of their research or indeed its original intent. Take the claim that “a one minute video is worth 1.8 million words of text”: which is repeated on over 800,000 web pages and very often cited as scientific fact …. although it’s based merely on some quick calculator work and a cliché.

Two reasons to care about accuracy

I spent many many years working in broadcast TV and one of my favourite sayings was “never let the facts get in the way of a good story”. This can make it sound like we were fast and loose with the truth, whereas the saying is actually a reminder to use only the facts needed to make a point, not that we should tell untruths or “vague up” stats to fit our goals.

For me the problem with dodgy stats is twofold. The first is obvious; end customers hate being lied to and will quickly turn their backs on brands they don’t trust. Consumers born between 1998 and 2008, who grew up with functional internet connections, are the most astute when it comes to video marketing content. These aren’t people who believe everything they see online - and they’re people who can and will quickly debunk claims that don’t ring true, ruining brand reputation at the same time.

For me the second area is less obvious, but for marketers it’s an even bigger worry. The facts that we are told by others looking to provide us services can form the basis of an entire marketing campaign, and the old adage of “put shit in, get shit out”  has never been more relevant. A marketing campaign that’s run on inaccurate data risks setting itself unrealistic targets and making poor strategic choices. If you ran a video marketing campaign with ‘number of Facebook views’ as a KPI, and then discovered that until August 2016, the number of Facebook views included users who only watch three seconds of a video - long enough for a video to start playing automatically and then be scrolled past as a nuisance - you’d be well advised to question your success.

But what about the data that tells us one platform is great and another isn't? With my role in video marketing I see stats like this all the time.

Well, that’s just so vague that it’s basically meaningless. Whose time are we talking about? On what platform and device? What type of video content are they viewing? All of these factors are important. Different demographics have more or less time available to watch, are more or less likely to multitask, own more or fewer devices and watch different content on different platforms. The analysis that over-18s in the US spent 39 minutes per day watching video on mobile devices in April 2015, on the other hand, is specific and drawn from a credible source, thus has substance: it’s not a general, woolly claim, but something concrete.

However, it’s also dated. It’s wise to use the most recent statistics available to substantiate claims. This more recent report indicates that the same demographic spent a more conservative 26 minutes per day watching video on mobile devices, averaged out over a year. Mobile video changes so quickly, and generates such a huge amount of data, that statistics rapidly become outdated. Good statistics are specific, they are up to date and can be verified.

Finally, good statistics come from the proverbial horse’s mouth. Let’s say we search for “how much time do we spend watching video online”. Our first result is a summary of an article from the Daily Telegraph which paraphrases an Ofcom report claiming that 16-24 year olds spend more than 27 hours a week on the internet. (It’s also from May 2015, which means it’s probably out of date - but we digress.) This means the first stat we see is three steps removed from the raw data on which it’s based. Which in turn means there have been three stages of editorial process involved - three chances to skew, misrepresent or simply make a mistake about the facts. In this case, the claim is accurate - but why take the chance? Go back to the source and see.

The main thing to remember is that a stat without context or background is meaningless.  No matter how attention grabbing a claim like “the average internet user spends 88% more time on a site with video” may be, it needs to be backed up with recent and accessible evidence. Providing a reference to a reliable source, even if it’s a report behind a paywall, allows interested readers to verify the claim.

Best practice involves cross-referencing multiple, reputable sources for each claim and potential bias. When Magisto and BIA/Kelsey agree that digital video is the fastest growing medium, it’s probably a viable claim. But Magisto and BIA/Kelsey both stand to gain from an increased interest in small business videos, so of course, they’re going to claim it’s a growth market.

The most reliable sources are those which commission their own research into a wide range of areas, rather than their own segments of the industry.

Good video marketing strategy isn’t based on vague, meaningless or inaccurate stats, nor on the kind of attention-grabbing cheap tricks that any basic marketing class will teach you and most audiences know to look out for. It’s based on an understanding of current video marketing trends which push the brand forward.

It also helps to be aware of what’s coming up in the future. CIM predicts a stark shift toward responsive design for mobile devices, an increasing wariness of marketing messages among emergent digital native consumers, and further potential for augmented and virtual reality marketing campaigns. Meanwhile, eConsultancy turns its gaze on the statistics it’s unearthed during 2016, identifying slow consumer growth, disparity between customer needs and marketer capabilities, and a disturbing lack of mobile strategy across business organisations.

The new black in video marketing will bring these insights together. It will base its strategies on solid, reliable data, rigorously tested for mobile and it will identify the reasons customers have for mistrusting marketers, and work to correct them. It can start by throwing out the bold claims based on shaky stats.