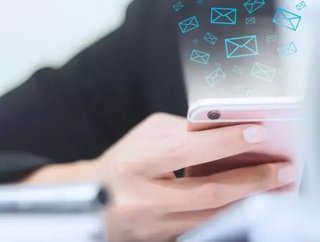 Executing a robust email marketing strategy centred on the customer will play an important role in helping you to build lasting relationships with those customers. Getting it right involves delivering the content that most resonates with your readers which in turn provides cut-through against the plethora of other emails hitting people’s inboxes on a daily basis.

To celebrate the importance of email marketing excellence, dotmailer recently held its inaugural dotties awards ceremony, uniting the great and the good of the sector. Using this year’s winners as inspiration, I have put together five tips to increase the effectiveness of your email marketing.

According to Litmus’ 2016 Email Analytics report, 55% of emails are opened on a mobile device.  While your individual results may differ, it is essential that you know the device profile of your readers and where appropriate adopt a mobile first design approach. This is where you consider the user experience (UX) of your emails, so that recipients can easily consume your content on a mobile device, but also on bigger format screens.

Men’s editorial magazine Mr Hyde, which produces articles on everything from the best places to eat to what to watch on television, has a mobile readership of 47 per cent. Earlier this year, their publisher Shortlist Media took on the challenge to change Mr Hyde’s email templates, ensuring that the quality of the mobile-friendly desktop site was replicated in its emails. The team adapted the existing designs so they were optimised for mobile users, which they did with so much success that the campaign is regularly held up as an example of mobile first best practice and scooped ‘Best Mobile Campaign’ at the 2016 dotties.

Timely emails increase the likelihood that they will be read but for this to be effective, you need to read your contacts’ digital body language and use the data effectively.

For example, Slendertone a world leader in providing products that improve body shape and muscle tone, calculated that on average, people hit a motivational wall at around three to four weeks after starting to use the product. It usually takes around four to six weeks, however for users to start seeing results with the toning belts. Slendertone countered this by sending users a personalised email six days after their last session to encourage them to pick up their device again, witnessing a 21 per cent increase in product re-engagement.

It is often said that people’s first impressions are made up within the first eight seconds of meeting them. The same can be said for email marketing (except of course you have less than two seconds to make that impression): the from name and subject line are the first interaction that someone will have with your email, so they need to grab the reader’s attention.

It is best to have a from name that stands out and catches the reader’s eye but once you have a good one keep it consistent for each campaign to reinforce your brand. The subject line however, is probably the most important copy across the entire email.

A case in point is Alexandra, the UK’s leading workwear provider. By split testing different subject lines, they were able to determine which had higher open rates. The results showed that those which generated more curiosity to open with the reader, such as, 'Shh… see our exclusive sneak preview”, were significantly more successful than others.

Of course getting the email opened is less than half the battle. You still have to engage the reader and ultimately get them to click through into your website. This can be done not only by adding photos or altering the font, but also by re-designing aspects of a familiar email.

This tactic was illustrated successfully by Shortlist Media, who revamped Mr Hyde’s daily emails, giving them a vintage look to coincide with the release of The Order, a computer game set in the 19th century and targeted at ABC1 males. The success of the campaign ensured they went on to win the ‘Best Email Creative’ at the dotties.

Finally, you may have a beautiful looking campaign but if the copy is unimaginative, consumers are unlikely to take the action you want them to take.

To illustrate how far skilful content can take you, let’s look at the British Heart Foundation’s DECHOX campaign. As part of the month-long fundraiser, people commit to giving up chocolate for a month and the British Heart Foundation delivered a series of 11 emails to participants before and during the event. The content differed based on the level of contribution and messages consisted of fundraising tips, Easter recipes without chocolate, and surveys. The campaign exceeded all expectations, seeing a remittance rate of 43 per cent – an increase on the charity’s 2015 figure and above this year’s target.

Email marketing can be tough to get right. There is the need to get the timing of your message right and create the right first impression. By adapting your email templates and content so they remain readable and engaging, it can become a much more tameable beast that delivers outstanding ROI.