TV Advertising in 2015: Adapting to the Digital Age 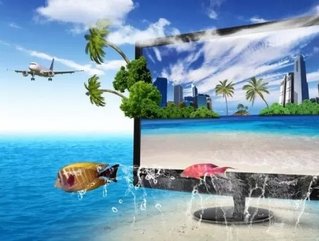 In the digital age a number of mediums have joined TV as lucrative ways to market businesses.

TV is and always will be the source of huge spending on advertising, but how is has it changed over the years and what can we expect in years to come?

Business Review Europe spoke to wywy, a group that helps brands analyse the impact of TV advertising in the digital era.

BRE: How has the behaviour of TV audiences changed over the past few years?

Wywy: Seven years ago there were no iPhones and tablets, meaning TV audiences focussed solely on the big screen. While the actual amount of television that people watch has not changed much – in 2006 UK viewers watched an average of 3.6 hours of TV a day, while in 2013 they watched 3.9 hours – the degree of viewer distraction has.

Media multi-tasking is now the norm for most (99 percent) adults, and often involves using a second screen while watching TV. This trend has changed TV consumption beyond all recognition.

How is this change in behaviour affecting advertisers?

Media multi-tasking means that viewer attention shifts away from the TV screen, especially during commercial breaks. Not surprisingly this has a significant impact on the engagement levels of TV advertising and results in a drop in ad awareness of up to 58 percent.

However, viewers are still willing to engage with TV content, and one in ten UK consumers search for a product after seeing an advert on TV. Advertisers simply need to find the right strategy to re-engage their distracted audience via the second screen.

What exactly is TV syncing?

TV syncing is about synchronising delivery of ad campaigns across multiple screens simultaneously to encourage better consumer engagement. There are various ways to achieve this, including:

How can advertisers measure the success of synced TV advertising campaigns?

There are various ways that performance can be measured depending on the type of TV syncing used. For TV-synced online ads, advertisers can measure the extent of recaptured audience attention using the traditional TV metric of GRP, or its online equivalent – Active GRP.

READ MORE: How to Capture Consumer Attention in 2015

Improved measurement enables campaign optimisation and can enhance performance by recognising elements, such as TV creative, TV channel, or time of day at which the ad airs.

What does the future hold for TV advertising? What can we expect to see changing in 2015?

TV consumption will become more fragmented in 2015 as viewers increasingly watch TV online – either via desktops or mobile apps – rather than using the main household TV.

As a result of this, viewing will move away from set timings and towards an on-demand model using platforms such as Netflix, Amazon Prime, and YouTube. In addition, TV show tasters are likely to be uploaded onto channels such as YouTube to help increase viewing figures.

The planning and execution of TV advertising is likely to become far more sophisticated as Connected TVs and set-top boxes offer TV advertisers more real-time insight into consumer profiles and viewing habits, enabling them to provide relevant and targeted content.

This analysis of consumer data will also allow TV advertising to become more automated, with platforms such as Clypd and AudienceXpress already delivering programmatic TV ad buying technology. TV will become more integrated with other media channels and instead of having a distinct TV budget, advertisers will move increasingly towards cross-device campaigns.