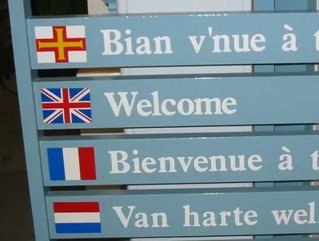 The recently launched “How far does your #ContentReach” infographic shows us that by using just 10 languages, firms can target 80 percent of the world’s consumers – a compelling statistic when it comes to tailoring content for foreign markets. Knowing this, there is just no excuse anymore for businesses to stick solely to English.

No time for complacency

Unfortunately, many UK marketers have yet to be convinced to go multilingual, with a third of SMEs stating they believed having an English language website was adequate for success in foreign markets.

Even more shockingly, this complacency extends to an industry which should know better than any other about global trends. A survey by NewsReach’s parent company Axonn Media of 476 online travel companies found while more than half claimed their content marketing efforts were global (44 percent) or aimed at the whole Continent (10 percent), two-thirds (66 percent) were not publishing website content in foreign languages.

The internet is becoming increasingly multilingual and soon there will be more Chinese web users than English. Predictions by CSA Research have suggested that companies could be losing out on $30 trillion worth of sales by failing to localise their website content.

The losses due to poor translations are hard to quantify, but we all know from our own experience that poor English translations reduce trust and likelihood of purchase.

Simply using auto-translate will not help firms reach foreign consumers successfully. Instead, they should ‘transcreate’ content, ensuring it is not only accurate grammatically, but is also attuned to the idiosyncrasies of each language.

To produce engaging content, you need to use native foreign writers who can produce it from scratch as it takes local cultural knowledge to not only produce a good piece of content, but one that converts customers to action.

Taking linguistic and cultural diversities into account also has a huge effect on your ROI.

This has been proven by ecommerce pioneers Hotels.com. For many years, they had a website in Brazilian Portuguese catering for both the Brazilian and Portuguese markets, based on the simple fact that there are more Brazilian than Portuguese internet users. But when they started with a European Portuguese website for Portugal, their conversion rate skyrocketed to triple digits.

Our infographic shows how many internet users per language there are in the world (data from 2011). What’s striking is that Korean made it into our top ten online languages. This is mainly down to the fact that South Korea has among the highest levels of internet penetration in the world. It has around 50 million inhabitants, of which 39 million are online.

Expect other languages such as Hindi or Bengali soon to displace languages from the top ten. The internet used to be the privilege of the richest two billion people, but with smartphones becoming more readily available, the internet is within reach of the next billion.

When deciding which languages to transcreate content in, you should also consider spending power. Having websites in Arabic as spoken in Saudi Arabia or the United Arab Emirates will reach a comparatively small, but wealthy audience.

Frank Hartkopf is head of European content at NewsReach