The World Cup 2010: Lifting the spirits of a nation 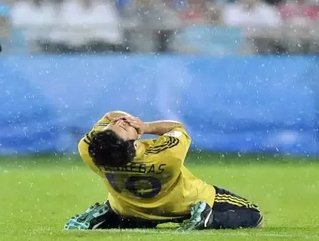 The prospect of playing host to the mostwatched sporting event on earth – the FIFA World Cup – is mouth watering and the competition to host the tournament is, perhaps unsurprisingly, fierce. Already, English papers are dominated by the FA’s bid to host the event in 2018 or 2022, having famously failed in an attempt to host the 2006 competition.

“Hosting the World Cup is big business,” explains Martjin Kuipers, Managing Director of Mammoet Southern Africa (Pty) Ltd, talking about how the 2010 World Cup – to be held in South Africa – is boosting the country’s economy. “My company is certainly benefitting.” Indeed, as South Africa gears up to host next year’s ‘tournament of champions’, stadiums are busily being upgraded and built – great news for firms like Mammoet. “We are doing our bit,” Kuipers adds. “It makes you proud to be South African.”

Kuipers isn’t the only South African taking pride from the World Cup bid. The third instalment of a six-wave public opinion tracking study carried out by international research company SPORT+MARKT, on FIFA’s behalf, soon after the final whistle at the FIFA Confederations Cup in June, suggested that South Africa is more than ready to host the event and recognises the legacy such tournaments can leave behind. The key extracts from those findings were that 87 percent of those surveyed felt their country will be ready to host the World Cup, while an impressive 93 percent said they were proud that South Africa is host. Another significant figure was that 85 percent of those surveyed said the event will bring long-term benefits to the country.

Danny Jordaan, the man charged with organising the World Cup, and one of those convinced of the long-term benefits of the tournament, recently spoke to goal.com of his belief that the World Cup will – like those before it – stimulate future economic growth. He feels it will “bring people together and will have a major impact in building racial harmony,” and revealed his joy at seeing blacks and whites, rich and poor, mixing and sitting together at football matches during the summer’s Confederations Cup. He also dismissed concerns over transport, accommodation and crime during the event. “It is an experience that many people have never had,” he explained. “The doubting Thomases are now believing the Thomases.”

Indeed, off the field, for South Africans, the success should be far greater, far more important, and lasting. Already, billions have been pumped into infrastructure improvements on public transport, roads and telecommunications. “It [the World Cup] will certainly raise South Africa’s profiles abroad,” says Joshua Ngoma CEO and co-founder of Tranter Holdings and a leading South African black mining-industry personality.

Benefits will also come in the shape of tourism, which is expected to boom during the tournament. “They’re anticipating between 200,000 and 300,000 overseas tourists coming to the country during the World Cup,” says Dave Erskine, CEO of Erbacon, a leading South African construction firm which is currently working on the promenade at the entrance to the Moses Mabhida Stadium, Durban. “It’ll be a huge boost to the economy and it’s going to expose the country to a few hundred thousand people who’ve never been here before; we’re certainly looking at the return visits after the World Cup.” Already 9.5 million tourists visit South Africa annually.

DOUBTS REMAIN
Lingering doubts do remain, however, and crime is one major concern for visitors. One England fan, who wishes to remain anonymous, told me of his ‘fear’ of being ‘set upon’ by bandits and instances like the Egyptian team hotel being broken into during their match with Italy at the Confederations Cup (according to reports in the Guardian newspaper) hardly inspire confidence.

There are concerns too about inflated prices in South Africa as a result of the tournament and the new tourists it will bring. Erskine comments: “I’ve got no doubt that it will be a very successful World Cup despite some concerns in the media. Over the past year, we’ve had some fairly large sporting events, not on the scale of the World Cup, but we had the Confederations Cup and the Indian IPL League, which was brought over here at short notice; both of those sporting events went off very well. The World Cup is obviously on a much larger scale but all the stadiums are on track and expected ahead of schedule.

“Accommodation was thought to be a problem,” he adds, “but that seems to be resolved – there’s a whole network of accommodation providers – and I do think the country is in the position to stage a very successful tournament.”

Despite Erskine’s optimism, there is real trepidation that certain South Africa cities will be unable to accommodate travelling spectators.

Hotels in Polokwane, one of the lesser-known of the 2010 FIFA World Cup host cities, for example, are rare. This will force football lovers to take rooms in hotels some distance away, with Cape Town and Johannesburg expected to take the brunt.

GREAT SPECTACLE
Regardless of the politics or debate surrounding next summer’s highly anticipated tournament, South Africans are determined to enjoy the event. Irrespective of any concerns about crime, infrastructure or anything else – including the Bafana Bafana’s performances on the pitch – the World Cup has a history of uniting and I, for one, am looking forward to it. The South African government has shown great commitment and all parties involved are working around the clock to ensure South Africa and Africa deliver a flourishing World Cup which will leave a lasting legacy.

FIFA and its President Sepp Blatter took a gamble when awarding the tournament to South Africa, but it will pay off. World Cups are obliged to leave a positive legacy and it is legitimate to suppose that it will make a more lasting impact in South Africa than a wealthy economy of Western Europe. The tournament will ultimately make a huge profit for FIFA, whose income from broadcast rights is astronomical. The benefits to a nation are harder to specify but South Africa should do just fine. The World Cup after all is much more than football or finance – it has the potential to lift the spirits of a nation.