“I won’t tell you how long I’ve been working exactly, because it’ll sound like I’m about 800 years old,” laughs Alan Sinfield, CEO of 9mobile. “I guess you could say I’ve had quite an extensive career.” That career began in finance, working for Bank of America in London and Frankfurt. Thanks to a management training program and his time abroad, Sinfield then pursued opportunities outside his home country. “I’ve worked abroad extensively from about the end of 1985,” he recalls. “I’ve lived or done projects in dozens of countries, on most continents.”

After 15 years in finance, Sinfield got the opportunity to explore the telecoms space, thanks to a project with SK Telecom. “They were doing a huge business continuity program, which they were working on with the consulting arm of Bell Canada. I’d just finished doing a massive one for a bank, so they brought me in despite the fact I didn’t have any telecom experience,” he explains. Sinfield enjoyed the change, ending up doing two more projects with SK Telecom over a three-year period, reflecting that he “never really went back into banking.”

Since then, Sinfield has held a number of leadership roles with telecom companies in frontier markets, launching networks in Thailand, Iraq, Myanmar, Sudan, Saudi Arabia and Qatar to name a few. “I have quite a lot of experience in emerging and frontier markets where there’s very high competition, as well as a lot of challenges within the operating regime and environmental contexts,” he explains. “Having done that in Europe, the Middle East, South East Asia and Africa, I felt well-prepared to step into the role at 9mobile.”

Sinfield, who only took the helm at 9mobile in June, admits that the process wasn’t without its difficulties. With borders shut, embassies empty and commercial flights non-existent or being cancelled - often at the last minute - international travelers everywhere have faced massive hurdles without even taking COVID-19 itself into account. For Sinfield, the process of even getting to Lagos to assume his new responsibilities wasn’t an easy one. “It was an interesting period of time,” he chuckles. “It was quite odd to join in the middle of a pandemic. Luckily, of course, we’re an ICT company, which made it easy to transition to remote work.”

He adds that the capabilities and enthusiasm of the 9mobile team helped make the transition a much more enjoyable affair. “The thing that has really impressed me is the quality of the people in the company (and the country),” he reflects. “The sheer enthusiasm of the team here, the talent and passion they have for the business made for a nice welcome.” Sinfield also notes that, despite its challenger position in the market, the technological assets that 9mobile possesses are every bit as good as its competitors. He adds: “While 9mobile might be one of the smaller operators in Nigeria, when you look at the size of our three major competitors, the scope to grow the business to the levels that they’re at - when you consider the fact that the majority of the market has still not been penetrated - is really attractive.” 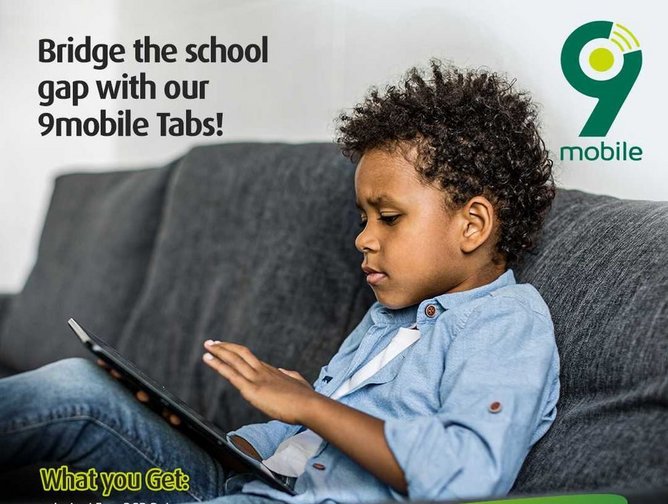