Andy Gladwin, Head of Mobile at Cheetah Digital discusses the evolution of technology, alongside his personal leadership journey...

Andy Gladwin, Head of Mobile at Cheetah Digital began his career in mobile technology in 2006, following his graduation from the University of St. Andrews in 2005. Gladwin joined Ericsson in 2006 on a graduate scheme, where he worked his way up to Head of Commercial, Netsize SMS. Gladwin left Ericsson in 2013, where he moved on to hold multiple leadership roles at ExactTarget, Salesforce, CLX Networks and Vodafone. “I departed Vodafone as VP Head of Sales in 2019 to join Cheetah Digital. From my time at ExactTarget, I worked under an incredibly inspiring manager called Sameer Kazi, who was the MD of the mirror at the time. He was in London and said, let's go grab a coffee. A few sips into my coffee, I realised that this wasn't just a coffee, but an opportunity, one I couldn't really refuse. The opportunity was to go and work under a visionary, that's looking to disrupt the digital marketing space.”

Over his 15 years in the industry, Gladwin has seen a lot of evolution that has come from multiple areas. “The first I'd say is a huge development in the technology itself. From the evolution of SMS to MMS, and then the big game changer with the arrival of smartphones and downloadable apps, that provide enterprises with a presence in the handset. The most recent change has been the wearable devices. From a technology perspective, that's been a huge advancement and evolution over this period. The second part is the channels and ecosystem that consumers engage with. I think that the emergence of social channels such as Facebook, Twitter and Instagram have slowly been adopted by consumers to become preferential in many destinations as their primary channels to use.” Other significant evolutions Gladwin highlights is the development of content and the function of the devices. “Content overtime has moved from very basic text messages to being very rich and animated that customers can engage with, which is ultimately transforming interactions from transactional to conversational. In addition devices have gone from being something of convenience in case you break down, to being connected and wearable.”

When it comes to the essential traits of an effective leader Gladwin explains that “as a leader the fundamental first part of leadership is needing to have a vision that you believe in and that you are passionate about. The vision should be something that also resonates with the teams that reside underneath you. Good leaders also need a purpose that drops down from the overarching vision that can tie in at an individual level.”

On his personal journey, Gladwin had the opportunity to be a part of a leadership scheme at his time at Vodafone called Inspire. “One of the main points we talk around is trying to create ownership and accountability. Throughout my career mentors have always said ‘you have complete control of your career and no one is going to help you. People will support you, but it is for you to own and take accountability and understand how to work as a team to achieve the desired goals’. I also believe that you need to enjoy the success when it happens. Five sevenths of your working life is based within the office, so you should try and find ways to create an environment where the actual journey itself is enjoyable. Finally as a leader I think it's important to look at the personal drivers and needs of the team. You can have the same overarching goals, but then on an individual level you should focus on the personal drivers for the individuals,” comments Gladwin. 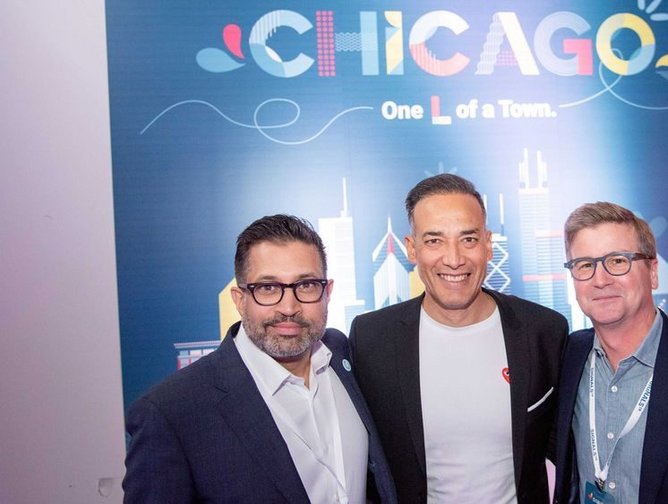