With strong credentials as a mentor to women in business and femtech Julie Fedele drives diversity in a global corporate setting...

Julie Fedele is a true value activator. Following a MBA from the University of New South Wales, her first foray into start-ups was an online enabler called Popping Up - to help online businesses take advantage of empty retail space and move 'from clicks to bricks' it folded following scale challenges - The market just wasn't ready. It's a mantra in Silicon Valley that failure is a rite of passage, a chance to learn, reassess and move on to the next challenge, and this is what she did. “It made me realise how hard it is, especially for a woman, to get over the barriers to business success.”

She progressed through a series of strategy and business development positions with the healthcare provider Bupa and in 2017 came to London as head of customer strategy. A year later, realising that she had more to give, she took time out for a major rethink.

“As I was reassessing my life I realised I really wanted to play a role in propelling female-led start-ups forward. I want to help them access funding and I want to have a laser focus on women's health, or femtech. Having worked in healthcare for over a decade I knew this was the most under-invested sector of all. Why are we not talking about this more? Why isn’t there more investment?”

She worked as a consultant for ThoughtWorks in London and mentors women leading healthcare start-ups She became an angel investor on her own account, supporting the growth of Ohne organic tampons. This engagement has brought her joy and fulfilment, she says, and led to her becoming a venture partner at Antler, a private equity firm with a large proportion of companies founded and led by female entrepreneurs. Since joining Liberty Global she has been appointed a board member of Women in Cable Telecommunications (WICT).

She likes life organised: “I call it 'freedom in a framework'. I am a very early riser and take time for meditation before my six-year old son wakes up: then I focus on him. I wrote in a journal in the morning what I want to achieve that day and a recap at night. I look hard at how I react to negative and positive people or events.” Influenced by Michael Singer's book The Untethered Soul, she sees life as a continual journey of learning. “My goal is to improve how I understand the world and my place within it every day.” 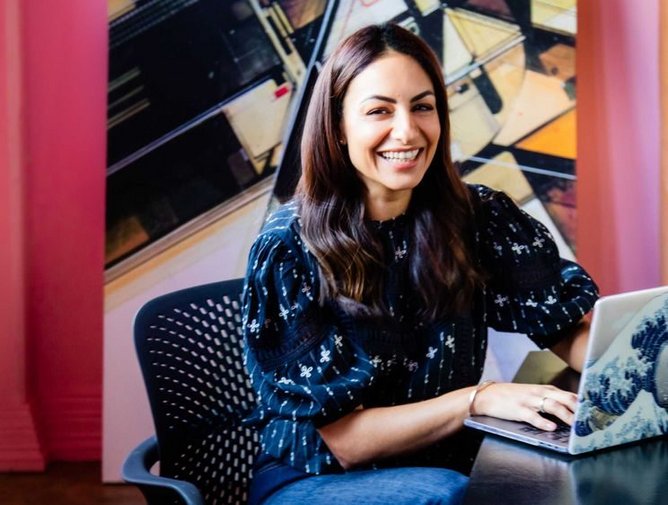