From Vodafone to Ericsson and now to Mavenir, Virtyt Koshi continues to be a driving force in telecom innovation...

A long-term veteran of the telecommunications space, Dr Virtyt Koshi has had a hand in some of the most impactful telecom innovations over the past decade. He served as the head of technology strategy and business planning at Vodafone UK in the 2000s, and then he spent 10 years at Ericsson, playing a pivotal role in the virtualisation and cloudification of the telecom giant’s digital transformation; and has worked as a consultant at some of the world’s leading technology and telecom firms.

“I joined Mavenir from Ericsson, where I was the global head for the company’s cloud core. I was one of the industry’s pioneers of virtualisation and telecom cloud. Before Ericsson, I was the head of technology, strategy and business planning for Vodafone UK,” he recalls. “Since 2018, I’ve been the Mavenir general manager for EMEA, which makes me responsible for the company’s business in about 120 countries. It’s a very diverse region, spanning from Moscow in the North to Johannesburg in the South, from Dublin in the West to Islamabad in the East. It’s a large geographic region and I have about 80 customers spread across that region.”

Koshi’s move to Mavenir was, he says, an obvious one. “I always try to catch the next wave,” he explains. “When I joined Vodafone, it was as they were becoming the premier technology company in the world. At that time, they were the fourth-largest company in the world in terms of market capital. I joined them around the launch of 3G services and led their early mobile broadband and 4G strategy going forward.” His move from Vodafone to Ericsson was similarly motivated, joining the company as it entered the managed services market, and staying on to lead the virtualisation of their portfolio and go-to-market globally, which changed Ericsson from a traditional vendor to embracing virtualisation and cloudification in the telecom space.

Now, Koshi sees Mavenir as the next company set to change the world of telecoms forever. Mavenir was the first company to introduce virtualisation to the telecom industry through a commercial contract with Vodafone Germany in 2013, and is setting out to deliver virtualisation, cloud and OpenRAN to the telecom sector without the shackles of an existing legacy organisation to transform.

“The company’s vision of delivering cloudification of network functions and the cloudification of software, running software on cloud platforms, open compute principals, container-based software workloads, were all very clear to me when I joined the company in 2018,” he says.

Koshi has a Doctorate degree from the University of Oxford in wireless communications, and a first-class degree in electronics and electrical engineering from King’s College, London, which is now known as one of the best-known centres for 5G research in the world. 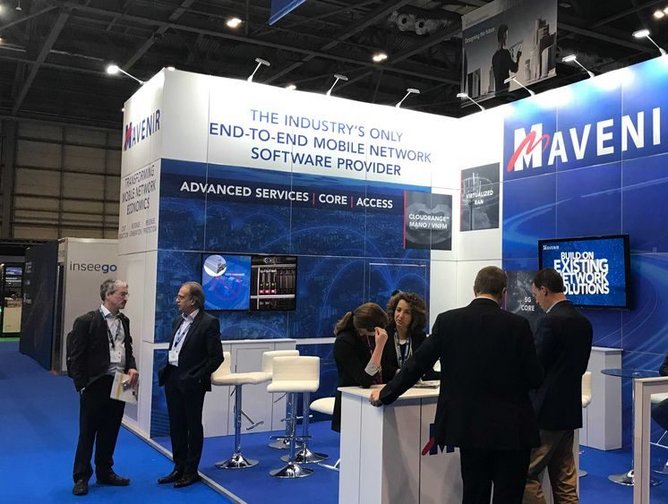