2014 set to be another good year for Sanlam&#039;s emerging markets division 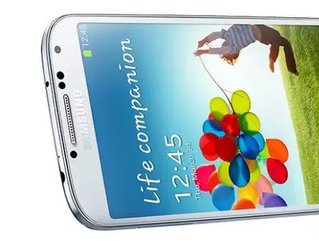 The company holds a positive outlook for the coming year particularly within the emerging market nations in which SEM has a presence.

SEM’s Chief Executive Officer Heinie Werth, said: “The biggest potential contributions to our business, purely due to scale, will be from India during 2014 and Nigeria over time – but we are also very comfortable with the forecast contributions from the smaller economies that make up our Africa portfolio.”

SEM which contributes about 20 percent to the Sanlam group’s gross profit, has also identified that insurance penetration in both the short term and life categories in Africa and South East Asia is low.

Werth said: “Add to this the desire of governments and international investors to develop the burgeoning middle class in Africa and India and you have a winning growth formula.”

Mobile phone penetration and the return of international banking brands to Africa are also growth drivers specific to the continent.

A recent report by GSMA reveals there are 253 million unique mobile phone subscribers in Sub-Saharan Africa.

In their report titled Sub-Saharan Africa – Mobile Economy 2013 the organisation predicts this number to grow to 346 million subscribers by 2017.

“This is great news for diversified financial services companies with investments in Africa,” added Werth.

“Mobile phones make it easier for insurance businesses to communicate with their clients, while mobile banking solutions make it possible to collect premiums.”

He believes that the success of mobile banking across the region is due to the lack of ‘bricks and mortar’ infrastructure in many African countries.

“Our growth in Africa and other emerging markets will come from achieving a balance between our existing businesses and new opportunities.

“We have found that the secret for success in the emerging market arena is to be flexible and patient and to approach each country with due consideration for its unique culture and consumer needs,” he concluded.