African Tobacco Farmers United in Plea to be Heard 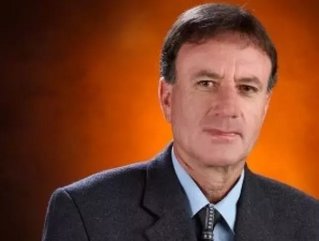 Tobacco farmers from Zimbabwe, Malawi, Zambia, Kenya and South Africa met in Harare, Zimbabwe, over the past three days to discuss issues that will have a major impact on their livelihoods.

Representatives of tobacco growers from Zimbabwe, Malawi, Zambia, Kenya and South Africa together with representatives of the International Tobacco Growers’ Association (ITGA) have called on all governments, particularly those from the tobacco-growing regions, to include them in discussions of policies that will have a direct impact on their lives.

ITGA President Francois van der Merwe said that tobacco growers are alarmed that recommendations on tobacco proposed for the next Conference of the Parties (COP6) of the Framework Convention on Tobacco Control (FCTC) will penalise growers for whom tobacco crops are a route out of poverty and a way of life.

"The people driving these policies are completely out of touch with reality and fail to recognise the positive economic contribution that tobacco growing makes to Africa," he said.

"This is a high-value cash crop very much suited to small-hold farming, and has changed the lives of many African farmers for the better."

Gavin Foster, President of the Zimbabwe Tobacco Association, pointed out that most of the tobacco produced in Africa is exported.

"Growers are naturally concerned about efforts in the context of the FCTC to change the way tobacco is treated in the international trading system," he said.

"If allowed, such changes would prevent tobacco-producing countries like Zimbabwe from legitimately defending and benefiting from those exports."

Tobacco growers, said Van der Merwe, have been excluded from presenting their point of view and have been denied any chance to engage with those pushing for these punitive measures.

He added: "We are asking governments – and representative bodies such as the United Nations – to engage with us in a constructive dialogue instead of shutting the door on our lives."