Africa's entrepreneurs and SMEs will catalyze economic growth in 2015 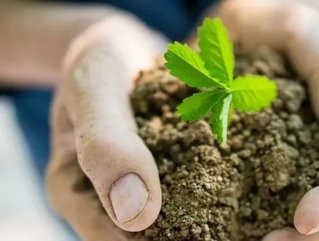 I suspect that a number of people still see Africa conforming to a well-rehearsed stereotype of a continent destined to never overcome the challenges it faces. However, this is not a view shared by us, and indeed there is much cause for optimism.

While there are still many serious problems facing some African countries, the continent has been one of the world’s fastest growing regions for the last decade. Governance has improved and greater political stability has led to a series of peaceful transitions following democratic elections — all at a time when its lucrative natural resources industries have been buoyant, but there is potential for much more.

Africa is still a young continent, whose peoples will make up almost a quarter of the world’s population by 2040. Africa will have the fastest growing working age population within the next 25 years, and will add the most workers to the world’s labour force. Greater life expectancy is a challenge for African governments, but it is also a great opportunity for fast-thinking entrepreneurs who find ways to fill the gaps in services the authorities aren’t able to provide.

With a growing middle-class and working age population, Africa is going to have to rely on small businesses to provide a large percentage of employment and job creation going forward.

Current indicators of the entrepreneurial landscape are generally positive. Among ‘factor-driven’ economies, sub-Saharan Africa is the region with the highest rate of people involved in early-stage entrepreneurial activity, with Nigeria and Zambia leading the world rankings in 2013. The continent also leads the world in the number of women starting businesses. Yet with large state employers, bureaucracy and a tradition of dependence on foreign aid commonplace in many countries, the challenges entrepreneurs face are significant and there is much that needs to be done to encourage and support SMEs.

Entrepreneurs need an environment where they can be satisfied that they have the opportunity for their efforts to be rewarded appropriately and fairly, and that these rewards would be available for themselves and their families to enjoy in the future. This is often not the case in Africa, and there are many indicators that demonstrate the continent falls short relative to the rest of the world in this area. For example, it can be difficult to set up a business in Africa, with one of the reasons being firms do not have access to credit due to financial markets not having the breadth or depth of those in the developed world. Moreover, investors may not feel as protected as they would in countries with a more robust regulatory environment.

Jersey can encourage entrepreneurship, by providing a secure jurisdiction to protect the wealth generated to help investors and entrepreneurs keep their assets safe and secure, and by delivering robust business administration and support functions that all stakeholders can trust.

The Island provides specialised cross-border banking, wealth management, investment and legal services against a background of sound, stable and mature government and judiciary. In an increasingly globalised world, there is growing demand for secure and efficient multinational transactions. This is particularly important for individuals and companies who are conducting business in unstable and risky countries with weak legal systems, poorly defined or enforced property rights, corruption or political instability.

Along with other robust international financial centres, Jersey has a role to play in helping African nations access the investment funds they need and establish environments conducive to greater entrepreneurship and job creation. Part of the sterling-zone and with centuries of sound government, effective independent law-making and globally respected courts, the crown dependency provides a safe business environment for those either with existing investments in Africa or looking to make investments in the continent. Its tax neutrality makes it an ideal location for the efficient pooling of funds from investors across the globe.

Jersey has also had contact with the African Tax Administration Forum, which we hope will support capacity building and knowledge transfer particularly around governance structures and information exchange. In addition, Jersey has a longstanding relationship with the Commonwealth of Nations through the United Kingdom, and participate in various Commonwealth institutions such as the Commonwealth Parliamentary Association.

Africa’s SME industry holds huge potential to generate growth, create employment and build wealth across the continent. Jersey, and other international financial centres, has the expertise and experience to provide practical support to those driving Africa’s economy forward.