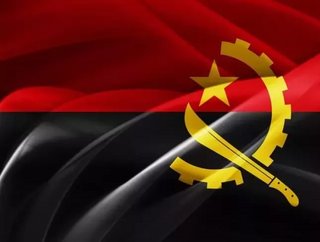 An Angolan human rights activist has asked the country’s attorney general to revoke the appointment of Isabel dos Santos as head of Sonangol. Among others, Rafael Marques condemns president José Eduardo dos Santos for naming his daughter head of the state energy company.

Isabel dos Santos is Africa’s richest woman. The 43-year-old owns a 25 percent stake in Unitel, Angola’s first private mobile phone operator. She is also a major shareholder in other big companies across Angola and Portugal.

“With matters of natural strategic resources, the president cannot change the rules as he pleases. He must seek a request from the parliament. He did not do that and, therefore, the reforms on Sonangol are unconstitutional,” the award-winning reporter and campaigner Marques said (adding that he has filed three requests with the attorney general’s office). “The appointments as a consequence of these reforms are also unconstitutional as they are illegal. The president uses his decrees to award state contracts to his family,” he said.

Isabel Dos Santos is worth approximately $3 billion (£2.09 billion). She dismisses suggestions that it was family connections, rather than business acumen, that led to her appointment.

Marques is not the only one challenging the appointment. On 9 June, a group of lawyers (led by David Mendes and Luis Nascimento) challenged the manner of Dos Santos’ appointment, arguing that it went against public probity laws. The lawyers also presented their concerns to the supreme court.

Angola’s main opposition party, the Union for the Total Independence of Angola (Unita), have requested that parliament open an inquiry into the business of Sonangol.

Furthermore, a senior Johannesburg-based banker told Reuters the appointment may make it difficult for international banks to do business with Sonangol, as it creates a perception of nepotism.