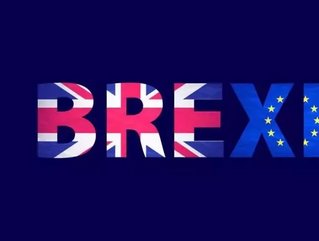 The split of the vote (pitting the broadly pro-Remain London, major cities, Scotland and Northern Ireland against the broadly pro-Brexit Middle England and Wales) has intensified regional tensions, and revealed how divided England is as a nation.

If the United Kingdom does actually exit the EU, the UK could survive. There is a genuine chance the UK could reshape its economy, trade ties and, in the long run, become more prosperous. But given Britain’s record of negotiating with European powers since the 1950s, I very much doubt British diplomats would have much success getting what the British public wanted.

One factor to consider: the outcome of the referendum is 'advisory', not mandatory. So what happens after the votes are counted is not a matter of law, but of politics; i.e. it is up to the politicians to decide how to interpret the vote. Given that the majority of Parliament is Remain, members could draw on numerous constitutional and legal ploys to ignore or sidestep an exit from the European Union, even if a majority of the population voted in favour of leaving. So following the Brexit ‘yes’ we can expect months, even years, of political wrangling and at least one more referendum on this issue. The prolonged uncertainty will be hugely damaging to the UK economy, and also the EU and world economy, which will feel the knock-on effects. Already we’ve seen European and US markets plummet after the leave vote was confirmed.

For now: let's wait for the dust to settle. The pound is slumping, the Prime Minister has resigned, Parliament will be rowdy - but give it a few weeks and we will see how this will play out. The critical moment will be when they trigger Article 50, which could happen within days or months. EU leaders appear to favour invoking the article quickly, to get the process underway and limit the damage. But once that trigger is pulled, there is no turning back.

My major concern is that this could be the death knell for the European project. There are at least half a dozen EU members who have huge anti-EU sentiment. The UK might have started a flurry of referenda which end up disintegrating the EU.

This could be the end of the UK - once again. With London and Scotland voting massively in favour of Remain, it is only a matter of time before Scotland secures another referendum and leaves (and this time with good reason). And given that anything now seems possible, we could see moves to spin off London from the UK as an independent city state, like Singapore or Monaco. British history is full of bizarre political experiments (which is how we ended up with a Dutch, then a German, king). In a globalised world, it could make sense for true 'international hubs' such as London to be international cities, serving the world market, rather than as countries’ capitals. And with a clear majority of Londoners backing Remain, this city is unlikely to take Brexit lying down.