The elephant in the room: addressing South Africa’s skills crisis 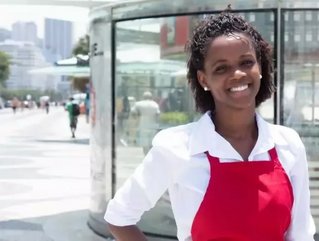 South Africa’s jobs crisis is in the news once again.  According to a late May Statistics South Africa announcement, unemployment spiked in the first quarter of 2016 to 26.7 percent, up more than two percentage points and the highest rate since 2008. This is bad news for President Jacob Zuma, but it is neither surprising – given stagnant economic growth – nor new. South Africa has for years had the world’s highest formal unemployment rate of any ‘developed’ economy, never dropping below 20 percent since the 1994 democratic transition. Furthermore, these official numbers almost certainly belie the real extent of the problem, with numbers for black youth and rural populations far higher.

However, referring to this problem as an ‘unemployment crisis’ is misleading. There are plenty of jobs for the taking; you only have to pick up a copy of South Africa’s Sunday Times or Independent to see that job advertisements make up a large part of the newspaper. Rather, what South Africa appears to have is a skills crisis, one that must be addressed if the country is ever to achieve consistent, robust growth.

Since 1994 the ANC government has made job creation and skills improvement a priority, but the blame cannot be placed at its feet. More accurately, South Africa today is still paying the price for the insidious Bantu Education system implemented by the apartheid government, which severely limited educational opportunities for the country’s black majority. For more than 40 years, the government starved segregated schools of resources at all levels, diminishing the quality of teaching, watering down the curriculum, and failing to promote a culture of education. So, as much as critics call the ‘legacy of apartheid’ an unacceptable excuse for South Africa’s problems, in this case at least it is the real root of the problem.

The ANC has massively increased spending on education since taking power, and access has become near-universal, but the quality has not kept up with quantity. Teachers, particularly in rural areas, remain underqualified and protected by a teacher’s union more interested in defending its members than ensuring quality education. Completion is a problem; only 71 percent of students passed the secondary school-leaving matric exam in 2015, although given the large number of students who dropped out before they got this far, the true number was closer to 43 percent. And those going on to tertiary studies are often unprepared: overworked university faculties frequently have to run remedial catch-up classes for new arrivals, many of whom drop out shortly after arrival.

In the end, this leads to a situation where young people – even those with university degrees – are entering the workforce without the proper skills. In a 2015 survey of 750 local businesses by Manpower South Africa, 47 percent of firms cited insufficient skills among applicants as a major barrier to filling jobs. Anecdotally, the issue of insufficient qualifications – even among those who are ultimately hired – is a common complaint from both public and private sector bosses in the country.

So what does this mean for potential investors looking to enter South Africa? First and foremost, they need to accept that on-the-job training is likely to be required for new employees, and therefore an extra cost to be considered. Secondly, firms should closely examine immigration dispensations for skilled workers, as the South African government does make it easier to offer work permits to foreign workers with ‘critical’ skills. Businesses could also consider the relatively high skills base of African immigrants, particularly those from Zimbabwe, many of whom have the right to work on the formal market. Lastly, while South Africa is a relatively inexpensive place to do business, competition for skilled local workers is tight, meaning salaries might be higher than anticipated.

While employers can take steps to mitigate South Africa’s skills shortages, these actions cannot address the structural shortcomings in the education sector which, if go unchecked, will limit South African growth for years to come. Resolving this will not be easy; political tensions between the ANC-aligned South African Democratic Teacher’s Union and government reformers have been a major barrier to reform and show no signs of easing. But there are options. One is a renewed engagement between government and the private sector on skills development, where businesses can use their resources to build skills while helping government understand what types of skills need to be developed. Big business and the ANC government often do not see eye to eye, but in this area, the mutual benefit is too great to ignore. The government can also consider engaging Western donors, who are well aware that a lack of skills development is holding South Africa back and have the resources to help address the problem.

John Siko is Head of the Africa Business Intelligence Practice at The Risk Advisory Group. He is a former US government official, has been based in Africa, and is a seasoned media commentator.