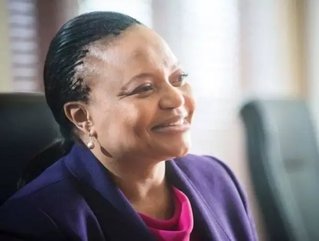 Historically, many women enter the corporate space believing they need to be aggressive and dominating, qualities believed to be in male leaders, to get ahead.

However, a woman stands a better chance at climbing the corporate ladder successfully if she does not act like a man, but in fact embraces her feminine side.

Despite the natural leadership potential of women, a 2012 Harvard Business Review article reported that while women make up half of the work force, once at the CEO level only three percent to four percent worldwide are women.

Closer to home, only 20 percent of companies listed on the Johannesburg Stock Exchange (JSE) are led by women.

Men have always emerged as – or been encouraged to be - leaders, but perhaps a better balance needs to be achieved between feminine and masculine in the ‘C’ suite.

Is this just a matter of gender affirmative action, or are there real benefits for why women should be encouraged to climb the leadership ladder?

Suzanne Styles, co-founder of Mind Power Safari, an exclusive executive safari offering professional development seminars, said: “We need more women to be prepared to come into the boardroom as women, not pseudo men, not aggressive and without the ego.

Styles and her husband Chris are professional speakers, trainers, facilitators, business owners, award-winning and best-selling authors, and talk radio hosts, who have interviewed and worked with many of the world's top mind and money experts.

Chris said: “Whether starting out in the corporate ladder or already at the very top, or in business at all, everyone has the obligation to be a leader because first and foremost you must lead yourself.

“No one else can do that for you. You must be your own best example. Someone somewhere is looking up to you, you are a role model whether you realise it or not.”

Chris and Suzanne list four qualities inherent in women that, when applied in a corporate setting, can grow a business, better its employees, and positively challenge the entire industry. They are:

Women are intrinsically able, and encouraged, to feel and show love, nurturing, and caring. This goes beyond emotion, but also allows women to nurture competencies in others; recognising an employee’s core strengths meaning they get the right person in the job and keeping them there. This is not only a good work ethic but also makes sound business sense.

The greatest trait in leadership is being able to serve, and this requires love. Chris is quick to point out that this is not ‘mushy’ love, but a constructive and creative force that allows women to view their employees as part of the ‘family’. This is returned through increased company loyalty and unity, which can lead to a growth in productivity.

If a company is to succeed long term, it must create not compete. Masculine energy is competitive; crushing the opposition. The idea of domination, of obliterating the competition limits the company and over time, contracts the industry.

On the other hand, a feminine energy is about growth and creation, whether in the form of a family, an individual, or cultivating a company.

“Women think more in terms of abundance, creation, encouraging growth, and this translates directly to jobs creation and expansion; potentially impacting not only the company but also the industry,” says Suzanne.

“All women possess an inner strength, even if they feel shy or nervous. Imagine how even the most timid mother can become ferocious if her family is threatened. That does not come from aggression - that is the root of power,” says Suzanne.

Generally speaking, when men face conflict situations they want a winner, but having a winner means there is a loser. A winner takes all scenario is not successful in business because the perceived ‘loser’ in the situation walks away often unwilling to work with the party again, continually feeling a residual anger.

Women, who tend to use reason and negotiation in the same circumstances, look for the best all-round solution. In a win-win situation all parties walk away feeling they got the best deal.

Currently in South Africa, business remains a traditionally male-dominated territory and there are still many significant obstacles that female entrepreneurs and business owners face in order to become successful.

To be powerful does not mean to demand respect and be aggressive. A woman can be highly influential and powerful and still be kind and loving. Be fair, but firm. Be credible, but direct. Be confident, but grounded. Assertively, with poise and grace you can and will make your way to the top.