By GSOC Africa Desk at Healix International
May 19, 2020
undefined mins 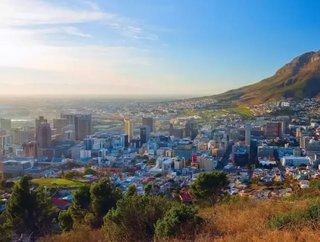 Healix has been providing healthcare and risk management solutions to clients around the world since 1992. Its combined medical and risk management expertise places it in a unique position to deliver cost-efficient solutions without compromising high quality support for the end-user. As a result, Healix have an impressive list of clients across corporate, government, NGO and insurance sectors. Here it shares with Business Chief its top tips for travelling in South Africa:

We consider South Africa to be a MODERATE risk country (ranked third-highest on a five-tier scale), though some townships and lower-income areas of cities carry a HIGH risk owing to the heightened impact and likelihood of violent crime. Tourists are attracted to the country for its cities, beaches and wildlife parks, but as one of the African continent’s largest and most developed economies, South Africa is also a common destination for business travellers and expatriates.

The primary risk faced by business travellers is crime. South Africa has one of the highest recorded rates of crime in Africa. There is an elevated risk of crime in the less-developed townships and informal settlements. A number of townships have increasingly gentrified over recent years, and some are becoming safer. However, the majority continue to pose a risk. Although a lot of violent crime is concentrated in lower-income communities, no area of the country can be considered immune to the risk.

The majority of crime in major cities is of an opportunistic nature, such as pick-pocketing, bag-snatching and smash-and-grab incidents. Central Business Districts house opportunistic street gangs, in particular at weekends and evening hours. ATMs are also regularly targeted by criminals, either for muggings or for ‘bombings’, which occur late at night. Violent crimes including street mugging, carjackings, armed robberies, residential break-ins and home invasions also occur, and vary in sophistication. During muggings, criminals will generally pull a knife or a gun on their victim. In city centres, their primary concern is taking money as quickly as possible and making their escape, so unless they face resistance, it’s fairly rare that attackers will resort to violence.

Kidnapping is not a major risk in South Africa; there is no established kidnap industry and reports of long-term kidnappings are rare. Local nationals are much more likely to be impacted than foreign business travellers. More common however, are ‘express’ kidnappings, where a victim is temporarily taken hostage and forced to withdraw large amounts of money from multiple ATMs. The victim is generally released unharmed, although there have been reports of the incident ending in violent assault.

Business travel may also be impacted by social unrest. Protests occur on an almost weekly basis and tend to increase in scale and intensity around political events. The primary driver of unrest is socio-economic grievances, which again largely stem from high levels of economic inequality in the country. Most often, these protests are over the perceived disparity in the delivery of basic services, with the townships and lower-income areas predictably exhibiting the highest levels of discontent. Protests often start with little or no warning, most commonly in the morning. Protesters are liable to block roads with debris and engage in vandalism and arson. Townships and the roads leading into and out of them are known flashpoints, as are central business areas, political and judicial sites and university campuses.

There have been no terrorist incidents in South Africa in recent years. However, there are occasional reports of terrorist elements based in the country. Threats are issued sporadically, often against European or US diplomatic buildings, and are generally assessed to be linked to groups or individuals associated with the al-Shabaab extremist group. The US has closed its diplomatic premises several times in recent years due to threats issued by terrorist groups which have never materialised. The operational capability of cells in the country likely remains limited, and the security services are effective at pre-empting and preventing attacks before they enter the operational phase.

Adhering to basic security precautions and maintaining a heightened sense of situational awareness will go a long way to mitigating many of these risks. The following recommendations make a good starting point: