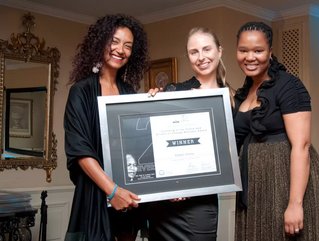 This annual event is aimed at recognising and honouring good corporate citizenship.

Imperial Health Sciences managing director Dr Iain Barton stressed that there is an urgent need for transformation in South Africa’s health system, where almost 90 percent of the country’s population relies on the stretched and under-resourced public healthcare system.

“Our aim is to contribute to this transformation with the setup of a network of franchised ‘Unjani Clinics’, which meet the need for primary healthcare in poor communities by providing essential medicines and education at the point of need.”

He explained that the clinics are owned and operated by professional nurses. He said: “Thus, in addition to providing an affordable and accessible service for the poor who would otherwise spend vast amounts of time and incur travel costs to receive attention at a state healthcare facility, it also empowers black women, by creating entrepreneurial opportunities for professional nurses.”

The franchise model sees the professional nurse increasing her ownership share annually based on an agreement with Imperial Health Sciences.

“Further employment opportunities are created due to the need for administration support staff at the clinic, as well as cleaners and other service providers. “Each clinic creates between three and five sustainable jobs, and produces real, localised enterprise development that empowers women,” Barton adds.

The judges of the Investing in the Future Awards praised Unjani for its partnerships, rating it as “a feeder model that works in rural areas. It’s innovative and can be replicated,” the judges said.

Based on the success of the project to date - each of the seven clinics sees between 150 and 500 patients per month – the company plans to establish a national network of 400 Unjani Clinics in the next five years.