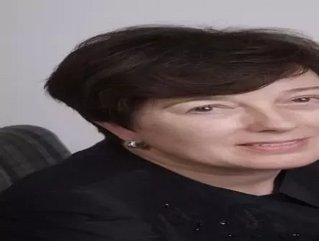 Take total assets of over R1,333 billion ($172 billion) combined with representation spanning 17 African countries and 16 countries outside of Africa, and it’s easy to pin down Africa’s most successful banking group. Despite the economic crisis, Standard Bank has performed extremely well throughout challenging times, maintaining a position that was initially achieved through the leadership of a driven executive line-up - headed by CEO, Jacko Maree.

However, since July last year, Standard Bank has taken a new turn. Maree, not content to take a back seat, kept a close eye on the world’s ever-changing economy and sought to redirect the bank’s focus into the emerging markets business; an area it believes has “greater opportunities”, particularly in the credit crunch era, than developed markets. And so, a new business strategy was born, moving its focus from domestic and individual business lines, to a much more integrated international model that would build on its BRIC (Brazil, Russia, India and China) trade relationships.

Recognizing that Standard Bank’s people are integral to shaping its future, the organization’s next step was to draw in the views of all 50,000 employees through an engagement survey named Heartbeat. Providing insights into what employees think of Standard Bank, its leaders and chosen direction, the survey also served to build up vital connections throughout its workforce.

NEW DIRECTION
Shortly after the survey took place, Elizabeth Warren, with over 20 years of senior HR banking experience, was brought into the organization to assess and respond to its results. Quickly, Warren found that with a new direction, comes new leadership requirements. “There were many positives that came out of the survey around our culture and the pride people felt in the organization. But also, there was concern around communications, the style of leadership and performance management.”

Moving from what had been a South Africa-dominated organization, to one that instead utilizes its strong footprint in Africa and looks to build out internationally, Standard Bank realized that a global and integrated approach to people strategy would be required to support the change. “One of the reasons why I came on board was to build a global HR function. We’re actively looking at how we develop effective people strategies that can be applied across the world to enable an integrated international organization to be developed,” explains Warren.

“We have a very strong top leadership here that is highly respected. But we need to develop our leaders to operate in a matrixed cross-border world where collaboration and inspiring others to achieve goals is key.

“Our leaders really live our values – high integrity, strong risk management, which has been part of our business success – therefore it is about building on these qualities, rather than changing them,” Warren adds.

DEVELOPING LEADERSHIP STANDARDS
Currently, Standard Bank is developing leadership standards, which Warren says will apply to “everybody”. “Ultimately it’s not just the leader that leads, so we want a clear framework of behaviors for all to drive our culture,” she says.

One way in which the bank has already addressed this is through its ‘Global Leadership Centre’, which opened three years ago on the outskirts of Johannesburg. “It is a fantastic facility, which shows a lot about the importance placed on leadership development here,” Warren adds. “What we want to do now, having had three years of the initial stages of leadership development, is to review how we develop our leaders to really meet our global needs. We will look at leadership behaviors and the experience and skills they need in an expanding international organization.”

EMERGING MARKETS LEADER
It is clear that Standard Bank has big plans to grow both in Africa and globally to ultimately become an emerging markets leader. “The main foundation of our business strategy is to leverage the relationships between the BRIC countries, and between BRIC and Africa, in order to build out our footprint in emerging markets in Africa, Asia, Latin America and Eastern Europe,” Warren reiterates.

After years focusing on improving liquidity, preserving capital and managing risk, the bank now looks set to compete on an international scale. And with tailored, well-researched leadership plans underway, the result will be an aligned and unified workforce critical to the success of Standard Bank’s new strategy and defined positioning.