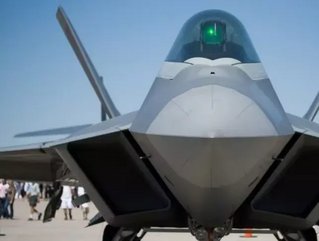 The conference was the largest gathering of science, technology, engineering and math (STEM) professionals and leaders who are committed to advancing diversity in the technology workforce. During the Gala, Hewson delivered remarks highlighting Lockheed Martin's commitment to diversity and inclusion.

"It's our mission to help our customers solve the world's most pressing challenges," said Hewson. "To achieve this mission we must constantly push the boundaries of innovation, helping to turn today's era of change into an era of opportunity. And we know that breakthrough achievements come when we leverage the diverse perspectives, backgrounds and experiences of our entire team."

During the conference Gala, Ernest Levert of Lockheed Martin's Missiles and Fire Control business in Grand Prairie, Texas, was honored with the BEYA Career Achievement Award for applying his passion for welding and decades of experience to solve advanced manufacturing technical challenges across the Corporation. During his 28-year Lockheed Martin career, Levert pioneered new welding innovations that impacted programs ranging from the ground, to the seas and even to outer space.

In addition to hosting the annual BEYA conference, the company recognizes its talent during other key events throughout the year, including the Hispanic Engineer National Achievement Awards Conference and the Asian American Engineer of the Year event.

Headquartered in Bethesda, Maryland, Lockheed Martin is a global security and aerospace company that employs approximately 112,000 people worldwide and is principally engaged in the research, design, development, manufacture, integration and sustainment of advanced technology systems, products and services. The Corporation's net sales for 2014 were $45.6 billion.