The main event: interview with Natalie Crampton from TEC in Dubai 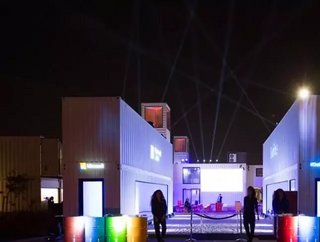 After finishing at Leeds Metropolitan University (now Leeds Beckett), Natalie Crampton decided to take her career into her own hands as the recession hit the UK. She moved away from her home in England to Dubai, somewhere she’d lived previously, with a degree in event management and was able to capitalise on being a freelancer in a competitive market.

It was from here that her business grew and The Event Company was born, since then it has been rebranded as TEC to reflect the diverse range of services it can now offer.

Crampton says: “There were no opportunities for me in the UK because in the summer of 2008 everything crashed. It made sense to go to Dubai, which did crash but not until a few months later so when I went there, there were still opportunities.

“The great thing about it was that I started off as a freelancer and the companies that would be my competitors today went out of business because they had massive overheads such as big offices and lots of staff. I was just on my own so my rates were a lot cheaper than an agency.

I was in the fortunate position to be able to take on projects and only really had to worry about making ends meet for myself – I didn’t have an army full of people in an office depending on me for their monthly salary.”

Once things had calmed down in Dubai, The Event Company was still growing and the switch from freelancer to agency came quite organically as Crampton explains: “I would love to say I had a very carefully thought out business plan, with growth for the next five years forecasted but that is not the case. Things just snowballed. I found myself getting busier and busier and before I knew it I needed an office and staff and it all just grew from there.

“We now have offices in Dubai, Kuwait, Qatar and Singapore. Initially when I started the company we were an agency working with a lot of different suppliers who made sure we had audio equipment, furniture and so on for all our events. Over the years our collection of stock, props and décor has grown and we have a 5,000 square foot warehouse in Dubai. We don’t rely on suppliers anymore, which is quite unique. We are the only agency with its own equipment and stock, which puts us in a great position and makes us really competitive on budget.”

Working within so many industries, TEC has structured its business to be able to cater to the differing needs of those sectors, as well as to each region. Crampton says: “Our head office is in Dubai and we have teams split across different regions and industries. For example, we’ve got a really strong team handling financial services and another handling automotive. Often, if one of our other offices is busy, staff from Dubai will go out and support. We do all our training in Dubai too.”

The company recently rebranded from The Event Company to TEC. Over the years the business has evolved to do so much more than events and that needed to be reflected in the brand. Crampton said: “Our services over the years have changed. Clients often request social media, PR campaigns and digital marketing for their events. Our name was holding us back as clients didn’t realise we could do all these things.

“There was also an existing The Event Company in Singapore so we needed to change the name as we moved into that region, it was the perfect time to rebrand. We do a lot more than the original name would suggest.”

The company works with all sorts of large brands on their events in the Middle East and Singapore. They’ve put on events for the likes of HSBC, Google, Dior, Ikea, Vodafone and a range of other well-known brands.

“I have three reasons why we do our projects,” Crampton says. “Firstly to make money, secondly if myself or a member of staff is particularly interested in a brand or event, and the third reason is because we want that client in our portfolio.

“The ones that stand out are those where I’ve been really excited about working with a particular person or brand. We hosted a conference with Mike Bloomberg last year in Dubai. It was great to see him speak and meet him, I was really excited. Another is the work we’ve done over the last three years with Formula One champion Lewis Hamilton on his Blackberry sponsorship. That’s been really interesting, especially as he’s a British champion who’s been winning a lot. These are the kind of events that really excite me.”

The way TEC works varies from client to client depending on their needs. Crampton says: “Some clients come to us with a really clear cut idea of what they want and we just have to put that plan into action. Other clients just have a target so we put a plan together that helps them to achieve those goals, from there we create an event around that.”

The expansion into Singapore isn’t the end of TEC’s plans for growth. Crampton says: “We definitely want to keep growing, I would really like us to be one of the leading events companies in Europe so that’s our goal within five years. After that perhaps we’ll look at America.”

It’s the goal of TEC to help its clients achieve big things by setting up the finest events in each industry from concept to completion. This mission statement coupled with the natural skill in this area of Managing Director Natalie Crampton means that TEC will no doubt continue to expand beyond the GCC.