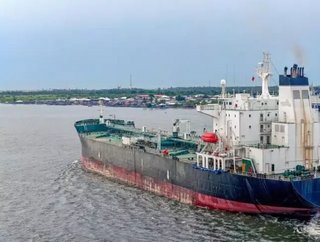 A growing number of tankers are stuck off Nigeria, unable to unload their cargoes of diesel and petrol. The queue is a reminder for Nigerian President Muhammadu Buhari that another fuel crisis is may be looming.

According to ship tracking data and fuel trades, a minimum of 75 ships with two and a half million tonnes of fuel are stuck off shore. They are waiting for Nigerian importers to acquire the dollars needed to pay for the cargoes.

Several of these vessels arrived in April, and their owners have started to offer their fuel to buyers outside Nigeria, traders told Reuters.

Sliding word oil prices have hindered Nigeria’s state income. Crude sales are the government’s key source of revenue, and the fall has caused damaging shortages of dollars within the economy. This issue has been limiting Nigerian businesses for months.

The government has attempted to head off more fuel shortages by raising the price cap for petrol by 67 percent. Additionally, it has allowed any Nigerian company to import fuel and has also officially sanctioned importers use the black market in order to raise the hard currency they need to get cargoes off the ships.

Nigeria consumes 45 million litres of gas a day. This would require the market to provide approximately $18 million a day. Importers cover about 30 percent of this total; it is still a big strain on the market for dollars as the state oil firm covers the rest.

“The risk is that the parallel rate will depreciate even more, giving the marketers a pretext for yet further price increases at the pump”, said Alan Cameron, an economist covering Africa with Exotix Partners.

The only long-term solution for Nigeria is for it to build its own refineries and fix its infrastructure, according to Chinedu Ukadike, chief of staff to the national president of the Independent Petroleum Marketers Association of Nigeria.